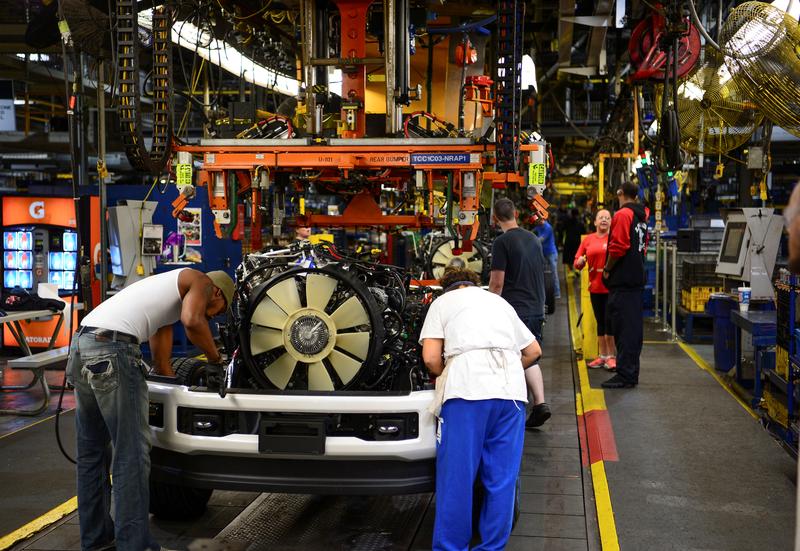 MEXICO CITY (Reuters) – Freezing weather that interrupted gas supplies in the southern United States and Mexico was wreaking havoc on Thursday with car manufacturing plants on both sides of the border, with Ford saying several of its assembly plants have been shut.

The cold snap has overwhelmed Texas’ power grid, while natural gas supplies to Mexico from Texas were interrupted, leaving millions without power in Mexico’s industrial northern states earlier in the week.

In Texas, freezing temperatures are expected to last through Saturday.

Mexico generates most of its power from natural gas, largely imported from the United States. The two countries also require intricate supply chains to be functional to supply auto and other industrial operations on both sides of the border.

At least five plants have been affected since Tuesday, the association added, which has forced the plants to cut their consumption of natural gas by between 20-30%.

Ford Motor Co. on Thursday said adverse weather had led to the temporary closure of plants in Kansas City, Flat Rock and Ohio, as well as a plant in Hermosillo in the northern Mexican border state of Sonora.

Late on Wednesday, Volkswagen said it would suspend some production in Mexico on Thursday and Friday due to limited natural gas supply. The cut in supply also affected Audi as well as General Motors Co’s plant in the central city of Silao, where work stopped on Tuesday night and Wednesday.

GM said Thursday that first-shift operations were canceled at plants in Arlington, Texas; Spring Hill, Tennessee; and Bowling Green, Kentucky. The first two factories also would likely be closed for the second shift.

Other automakers affected by the winter weather include Toyota Motor Corp and Nissan Motor Co Ltd.

Toyota said its plant in Texas would be idled through Friday, while first shifts would not operate on Thursday at plants in Mississippi and Alabama. Nissan said production at plants in Smyrna, Tennessee, and Canton, Mississippi, remain suspended.

Ford’s Kansas City plant’s operations have been canceled from Feb 13-22, the company said.

Ford said it to plans to run double shifts in its plants in Chicago, Dearborn and Oakville.

Mexico, Latin America’s second-largest economy, has reeled as gas imports via pipeline from Texas dropped by about 75% over the last week, causing billions of dollars of losses on power outages and factory closures.