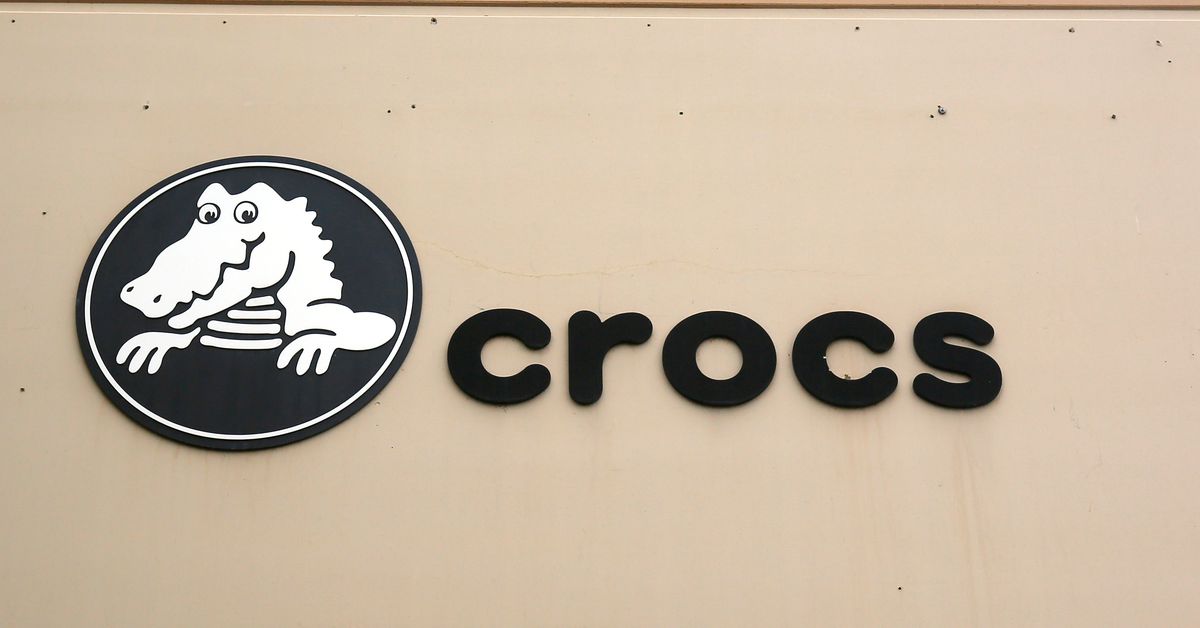 The sign outside the corporate headquarters of Crocs in Niwot, Colorado May 10, 2017. REUTERS/Rick Wilking

Oct 21 (Reuters) – Crocs Inc (CROX.O) raised the lower end of its annual revenue forecast, as it prepares to counter supply constraints by shifting some production out of Vietnam where factory shutdowns have pinched shipments, sending its shares up 12%.

The company, known for its rubber clogs, said on Thursday it would move production to China, Indonesia and Bosnia, from Vietnam which had become a manufacturing hub for many companies across the world, especially apparel.

Crocs had planned on 70% of its production coming from Vietnam in 2021, before deciding to move out some output, Chief executive Officer Andre Rees said on an analyst call. The company did not say how much production it was moving out of the country.

Many factories in Vietnam’s manufacturing hubs have been shut or are operating with drastically fewer on-floor workers since mid-July due to a surge in Delta variant cases, hitting supplies of major clothing companies including Nike Inc (NKE.N), Abercrombie & Fitch (ANF.N) and Adidas AG (ADSGn.DE).

Nike has warned of delays during the crucial holiday shopping season due to supply issues and said it would take several months to resume full production in Vietnam, where about half its footwear is produced. read more

Crocs, meanwhile, said it would be able to ramp production back up quickly due to the simplicity of its shoes. The company added that it was also avoiding port delays on the U.S. West coast by switching to East coast docks.

Revenue for the third quarter ended Sept. 30 jumped 73% to $625.9 million, topping analysts’ average estimate of $610 million, according to Refinitiv IBES, as the company benefited from higher prices and fewer discounts.

Reporting by Uday Sampath and Deborah Sophia in Bengaluru; Editing by Shinjini Ganguli

Denny's has been able to bring back round-the-clock service despite labor issues, Truist says