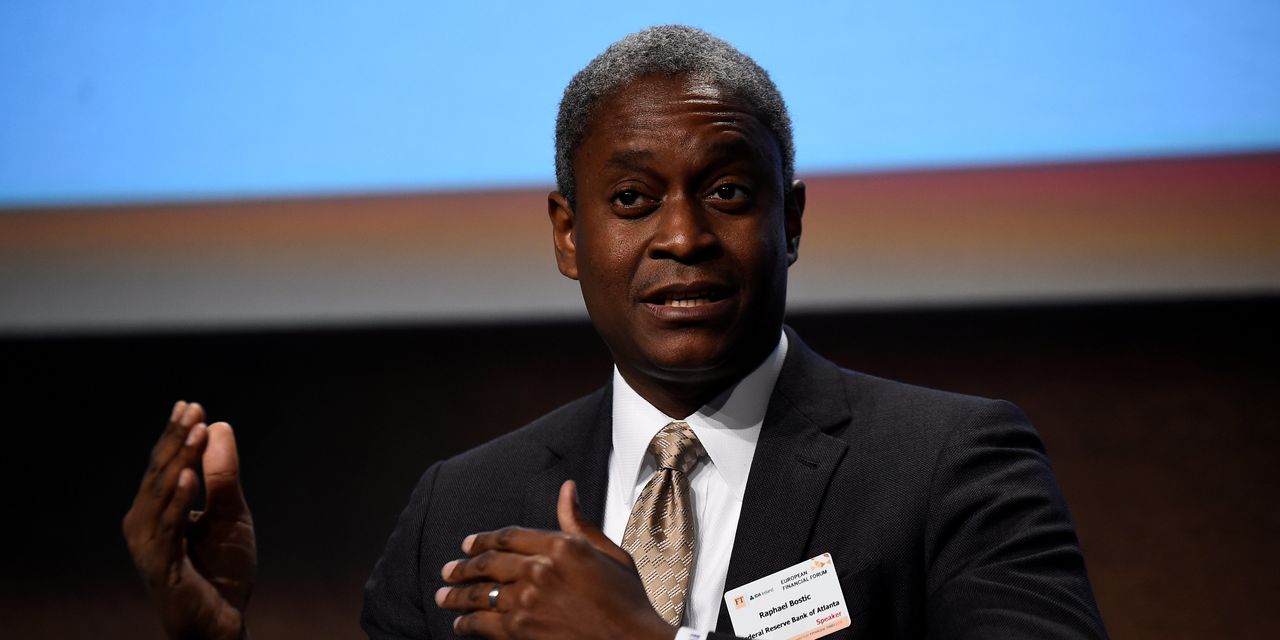 Federal Reserve Bank of Atlanta President Raphael Bostic said Tuesday that while inflation has surged more than he and others had expected and runs the risk of being more persistent than desired, he still believes price pressures will ease over time.

Bank of America, Truist and Wells Fargo will report third-quarter earnings this week. Here's what to watch