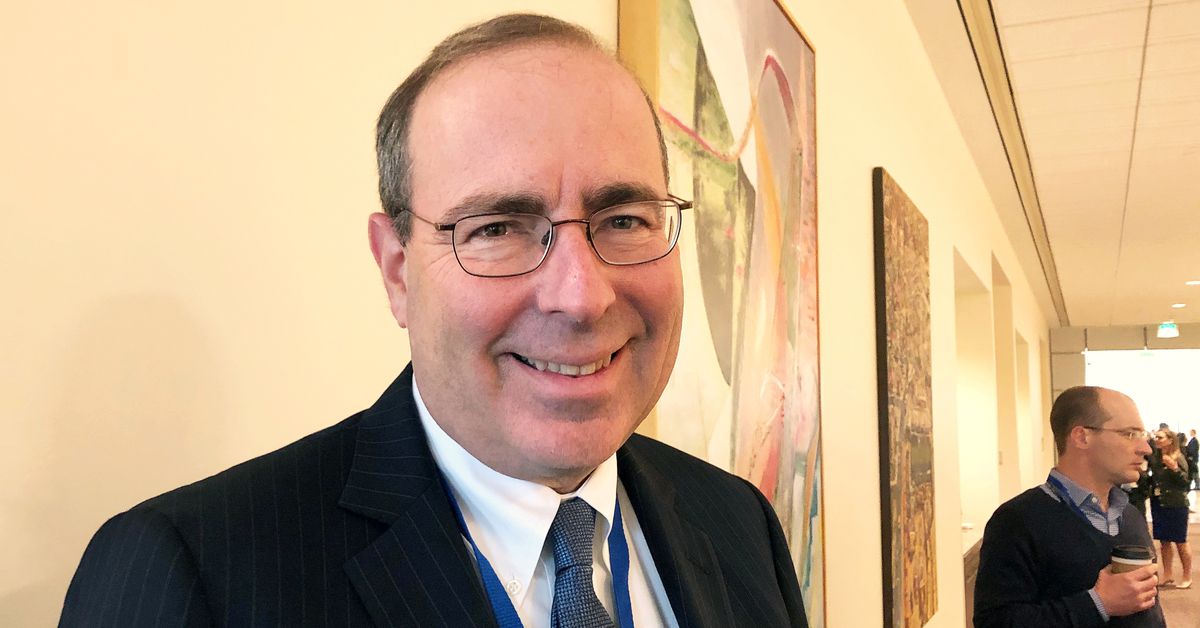 Federal Reserve Bank of Richmond President Thomas Barkin poses during a break at a Dallas Fed conference on technology in Dallas, Texas, U.S., May 23, 2019. REUTERS/Ann Saphir

Oct 14 (Reuters) – Richmond Federal Reserve President Tom Barkin on Thursday said the U.S. central bank has cleared a path for what he hopes to be a “seamless” start to a reduction in its support for the economy, but that it will take more time to determine when interest rate hikes will be appropriate.

“We still have a lot to learn about whether recent inflation levels will be sustained and how much room we have to run in the labor market until we get to maximum employment,” Barkin said in remarks prepared for delivery to the Forecasters Club of New York. “As COVID-19 hopefully eases, I expect the answers to these questions to become clearer.”

Fed policymakers feel that labor markets have healed enough to start reducing their crisis-era support for the U.S. economy “soon,” and probably by the middle of next month, minutes from the Sept. 21-22 policy meeting showed on Wednesday.

That language provided the “advance” warning the central bank had promised to give before starting to reduce its $120 billion in monthly purchases of Treasury bonds and mortgage-backed securities, Barkin said in his remarks.

About half of the Fed policymakers believe the central bank will have to start raising interest rates by the end of next year, forecasts released on Sept. 22 showed, with all but one believing it will be necessary by the end of 2023. The Fed does not reveal policymakers’ individual interest rate forecasts, nor the economic assumptions they are based on.

Barkin said on Thursday he’d like to provide that information.

“Doing so would provide a clearer picture of each FOMC (Federal Open Market Committee) member’s individual reaction function, and taken as a whole, this could help shed more light on the Fed’s overall reaction function,” he said.