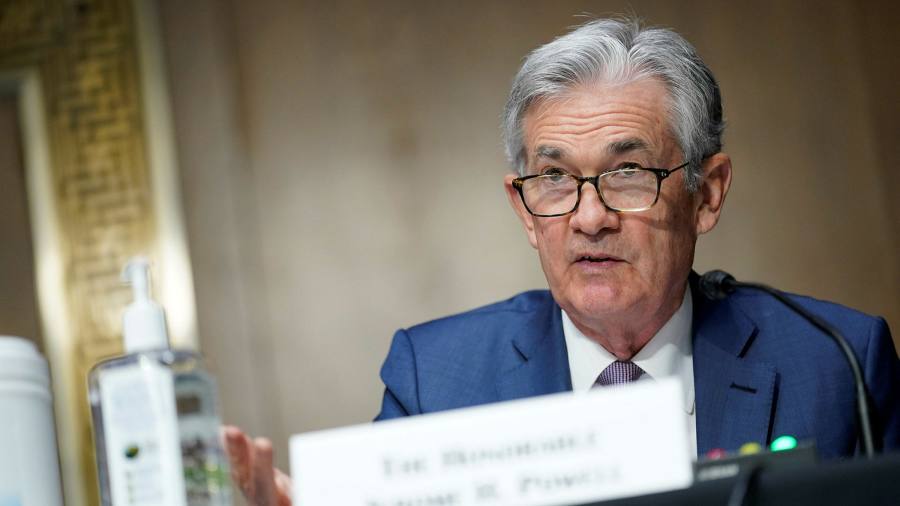 The writer is president of Queens’ College, Cambridge university, and adviser to Allianz and Gramercy

According to an old saw, the difference between lawyers and many other professions is that the former can argue with 100 per cent conviction even when the foundation for their view is uncertain or low.

The US Federal Reserve these days seems to be acting more like a lawyer than an economist. Once again, it has set aside accumulating evidence about the strong economic recovery, dismissed financial stability concerns, and reiterated that the rise in inflation would be transitory.

By contrast, many economists are either unsure, or outright worried about inflation being persistent. Indications of market froth are multiplying in an “everything rally.” More companies are warning about rising input costs, with some signalling that this will be passed on to prices.

The contrast between the Fed stance and all this is why policy risk has climbed up the ranks to be one of the major challenges that investors will be navigating this year. The argument for keeping an open mind towards the nature of rising inflation is not one that dismisses the structural disinflationary effects of technology.

Nor does it deny that the initial jump in the inflation data has a lot to do with base effects and a temporary mistiming between additional spending and production. Instead, it draws on structural changes that have an impact on both the demand and supply sides of the economy.

The deficiency of aggregate demand that long dogged the US economy appears over. The Biden administration is keen to maintain its “go big” fiscal policy pivot and the private sector is able — and now more willing — to consume more from the private savings accumulated during the pandemic.

All this is supplemented by a general shift in economic policy away from coddling the corporate sector and the well-off to a more inclusive approach favouring those with a propensity to spend a bigger portion of their income on goods and services.

The resulting surge in demand is coming at a time when years of under investment have made the supply response less dynamic. Already — and it’s still early — companies are dealing with supply chain bottlenecks, higher commodity prices, industrial concentration, pervasive inventory shortfalls and, in some cases, labour issues.

Chip shortages have already shut down some production facilities. Meanwhile, economists are again revising up their growth projections for 2021, increasingly expecting double-digit growth for the second quarter and a 7 per cent-plus year.

In a way, the Fed has no operational choice but to stick to its transitory narrative given its recent adoption of a new monetary framework. This framework has wired in a delayed “outcome-based” approach, replacing the more pre-emptive inclination associated with a traditional “forecast-based” one.

As such, the world’s most powerful central bank is publicly committed to having to wait for several months of actual upward inflation deviations before responding. To highlight the point, Fed chair Jay Powell has noted that, given the view that the economy is “not close to substantial further progress”, the Fed is not even thinking about less stimulative monetary policy; and when it starts thinking, it will take ample time before implementing tightening measures.

This framework was designed a couple of years ago when no one anticipated the current huge structural transformations. Today, it holds the Fed hostage and increases the risk of a policy mistake.

Rather than cautiously tapping the brakes, like the Bank of Canada recently did, the Fed continues to fuel the loosest financial conditions, as recorded by Goldman Sachs’ weekly index. Froth and excessive risk-taking in markets will accompany an upward migration in both actual and expected inflation. Ultimately, the Fed may be forced to slam on the monetary policy brakes, risking undermining what should be a long-lasting inclusive recovery.

In such an economic scenario (which, in my opinion, carries even odds, if not somewhat higher), investors would risk losses on both equity and bond holdings. They could also be shaken if markets start tightening in reaction to a Fed that is visibly falling behind the curve.

It’s not just time for the Fed to start thinking about less monetary stimulus. It’s time for it to taper its markets interventions for the longer-term wellbeing of the economy and the structural health of financial markets.