Exclusive: Impossible Foods in talks to list on the stock market: sources

Exclusive: Impossible Foods in talks to list on the stock market: sources 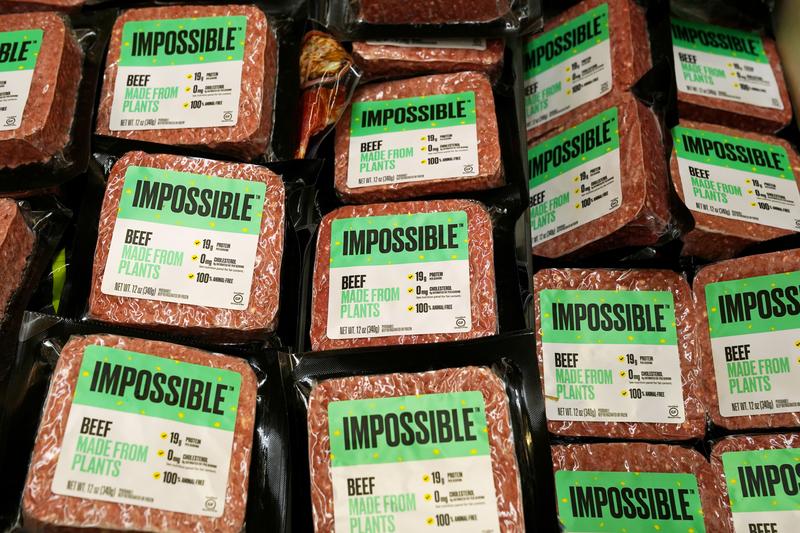 (Reuters) – Impossible Foods Inc is preparing for a public listing which could value the U.S. plant-based burger maker at around $10 billion or more, according to people familiar with the matter.

This would be substantially more than the $4 billion the company was worth in a private funding round in 2020. It would highlight growing demand for plant-based meat products, driven by environmental and ethical concerns among consumers.

Impossible Foods is exploring going public through an initial public offering (IPO) in the next 12 months or a merger with a so-called special purpose acquisition company (SPAC), the sources said.

The Redwood City, California-based company has worked with a financial adviser to help manage discussions with SPACs after receiving offers at a lucrative valuation, the sources said. Going public through a SPAC could dilute existing Impossible Foods shareholders, however, by a greater extent than an IPO, the sources added.

A SPAC is a shell company that raises funds in an IPO with the aim of acquiring a private company. For the company being acquired, the merger is an alternative way to go public over an IPO.

Merging with a SPAC has emerged as a popular IPO alternative for companies seeking to go public with less regulatory scrutiny and more certainty over the valuation that will be attained and funds that will be raised.

The sources, who requested because the discussions are private, cautioned that the deliberations are subject to market conditions and the company may opt to pursue another private fundraising round.

Impossible Foods, whose backers include venture capital investors Khosla Ventures and Horizons Ventures, as well as celebrities like tennis star Serena Williams and rapper Jay-Z, has so far raised $1.5 billion in the private market, according to PitchBook data.

In 2020, U.S. plant-based retail sales hit $7 billion, up 27% year on year, according to a report by the Good Food Institute and the Plant-Based Foods Association (PBFA).

Founded in 2011, Impossible Foods sells its meat-free burgers and sausages in grocery stores and also has partnerships with the likes of Burger King and Disney.

The number of locations where Impossible Foods’ burgers are sold has increased in the past year to more than 20,000 from 150 stores, the company has said.

Shares of rival Beyond Meat Inc are trading more than 400% above its IPO price from 2019.

Reporting by Anirban Sen in Bangalore and Joshua Franklin in Boston; Editing by Nick Zieminski