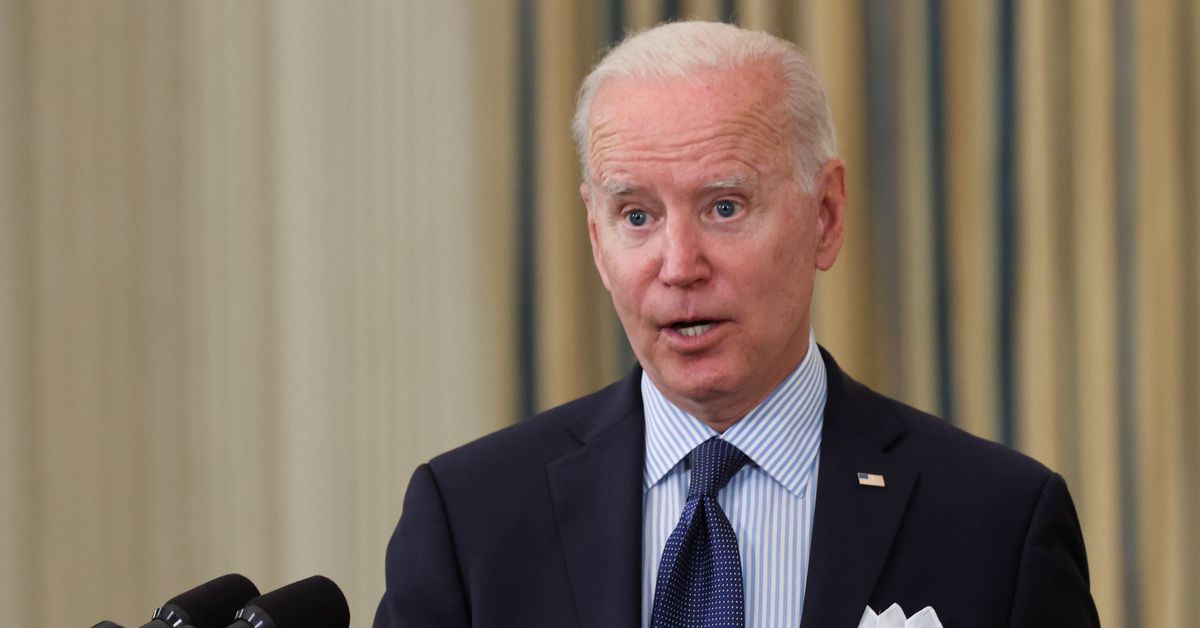 U.S. President Joe Biden delivers remarks on the state of the coronavirus disease (COVID-19) vaccinations from the State Dining Room at the White House in Washington, D.C., U.S., May 4, 2021. REUTERS/Jonathan Ernst

Some critical industries could suffer if the U.S. government uses a national security law to redirect scarce computer chips to the auto industry, a senior administration official told Reuters.

The analysis suggests the White House could opt to reject calls to invoke the Defense Production Act by automakers and a bipartisan set of U.S. lawmakers.

Numerous automakers have been forced to slow or pause production due to a lack of semiconductors and have spoken with the White House about possibly using the 1950 law that allows the government to force companies to produce materials for national security reasons.

Still, many auto industry officials said privately they do not think invoking the act would be feasible or likely.

Asked whether using the law was a possibility, the administration official said “the short-term outlook is challenging.”

Reallocating semiconductors to automakers “would result in fewer chips for others,” the official, who is involved in high-level discussions on the issue, told Reuters. Such a move could hurt makers of consumer electronics such as laptops and medical devices like pacemakers, the official added.

“This is the worst nightmare if you’re a supply chain manager,” said another person familiar with the White House’s thinking. “As a nation, it’s terrible.”

No final decisions have been made, people familiar with the matter said.

The official said the administration is pushing chips users and producers to increase transparency by improving the capacity to forecast demand and generating better information on how chips are moving through supply chains to end users.

The administration plans to issue recommendations once it completes a 100-day review required under a February executive order by Biden, including ways to “incentivize and encourage production at home and surge capacity,” the official said.

The review is looking at supply chains for semiconductors, high capacity batteries, critical minerals and pharmaceuticals and active pharmaceutical ingredients.

Biden used the Korean War-era law to boost vaccines and critical medical equipment supplies to fight the COVID-19 pandemic. The chips issue threatens the U.S. economy and imperils jobs in election battlegrounds from Texas to Michigan.

U.S. Senator Chris Coons of Delaware, who had urged use of the Defense act, said he was “pleased” with the administration’s actions so far.

Washington has been appealing to Taiwan and other foreign governments to boost chip production levels for U.S. buyers, said the official. The administration is considering regulatory options and possible multilateral agreements to avert future crises, the person said.

Industry data show U.S. manufacturers only account for about 12% of worldwide semiconductor manufacturing capacity, down from 37% in 1990. More than 80% of chip production happens in Asia.