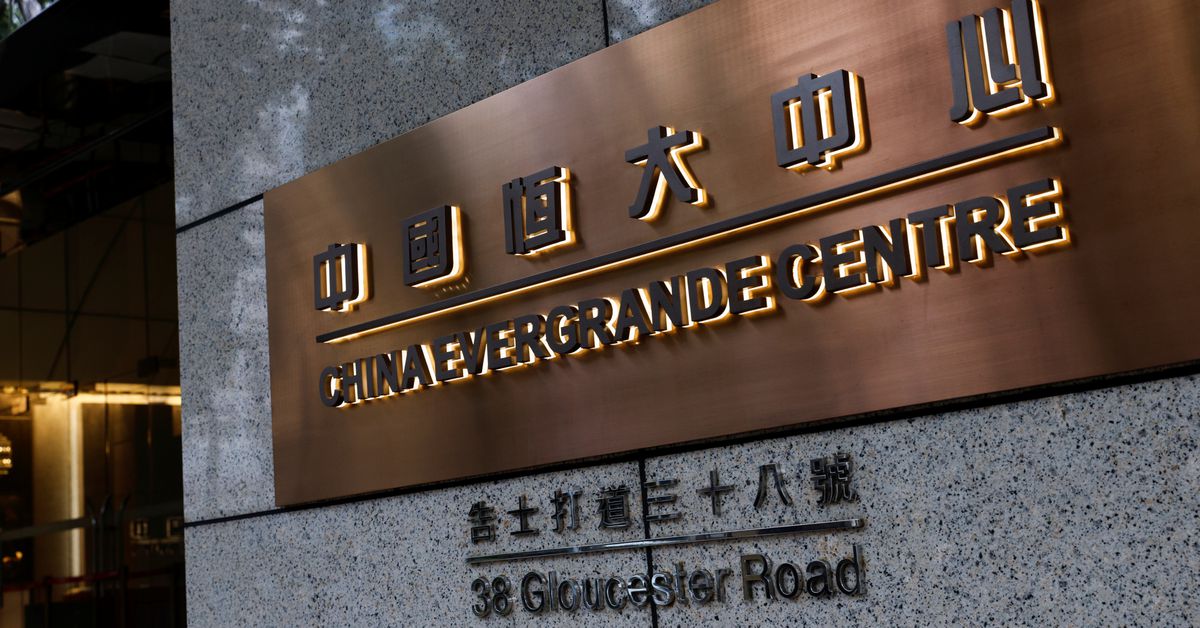 HONG KONG, Sept 14 (Reuters) – Fund managers wanting to short sell cash-strapped developer China Evergrande Group (3333.HK) are paying unusually high fees to borrow the shares as demand to do so rockets and investors get out of long positions.

The Chinese property group said on Tuesday it had engaged advisers to examine its financial options and warned of default risks amid plunging property sales, sending its bond prices sharply lower, and its shares to a six-year low. read more

Short sellers sell borrowed shares in the hope of buying them back when prices fall and pocketing the difference, while other asset managers who have bought shares expecting them to rise in value are often happy to lend them in return for a fee.

Two market participants with direct knowledge of the matter said short sellers are paying fees equivalent to annualised rates of 50% or 60% to borrow Evergrande stock, which fell 11.87% to HK$2.97 a share on Tuesday.

This compares to about 2% for a company in what one described as a “moderately interesting” situation of stress and well below 1% for shares in a barely-troubled company.

“People are scraping the barrel to find shares to lend,” said one of the people, both of whom declined to be named because of the sensitivity of the matter.

They said the squeeze was a result of both those wanting to place new short positions on Evergrande’s shares and asset managers who had lent out their shares to short sellers now recalling them so they could sell their long positions.

Factbox: Universal to list as music streaming picks up