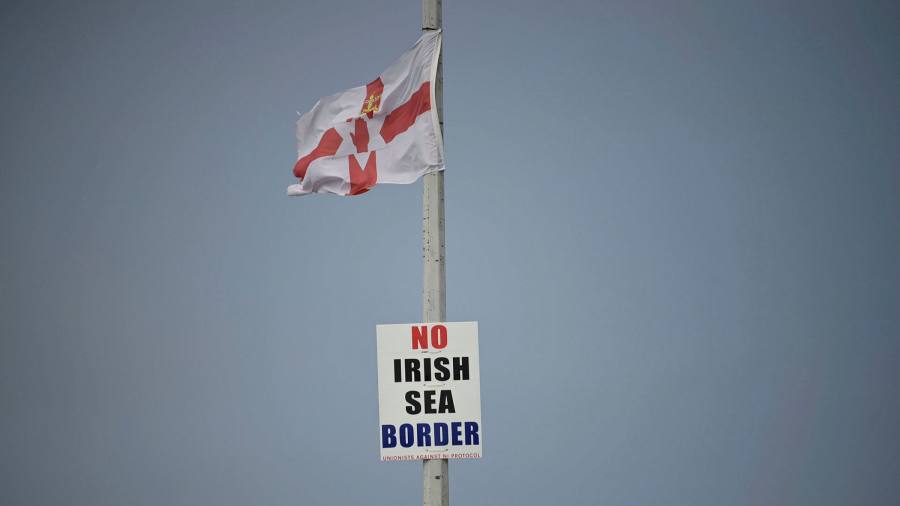 The EU will on Wednesday unveil a package of measures intended to reduce bureaucracy associated with the controversial post-Brexit trading arrangements for Northern Ireland.

The proposals from the European Commission come in response to UK demands for a radical rewriting of the so-called Northern Ireland protocol, which was agreed to avoid a return of a hard border on the island of Ireland.

EU officials briefed on the document said that the measures could reduce the amount of customs and regulatory checks on the new Irish Sea border by up to half. The measures will be published in full later on Wednesday.

The commission has said that it hopes the proposals, which one official said were “far-reaching”, will diffuse the stand-off over the post-Brexit trading arrangements for Northern Ireland, which has dogged UK-EU relations since it came into force in January.

As well as reduced friction at the border, the UK has demanded the removal of the oversight of the EU’s top court from the deal — a request that is not expected to be addressed in Wednesday’s paper.

On Tuesday Lord David Frost, the UK’s Brexit minister, warned that the EU would be making a “historic misjudgement” if it did not engage on addressing the question of the role of the European Court of Justice in governing post-Brexit trade in Northern Ireland.

The UK, which agreed to the role of the ECJ when it signed the protocol in January 2020, now says that it is an unacceptable impingement on UK sovereignty.

The EU has instead argued that the focus should be on reducing the frictions experienced by business in order to make the protocol function better and allow Northern Ireland business to benefit from privileged access to the EU single market.

Mairead McGuinness, Ireland’s EU commissioner who is in charge of financial services, said ahead of the release of the new proposals that they would provide answers to “the real practical problems” faced by businesses.

EU officials added that data would be central to reducing checks, with companies able to show their products are not destined for the Republic of Ireland having much-reduced paperwork.

Northern Ireland trade groups, which were closely consulted by the European Commission and provided a list of issues they wanted addressed, gave an early welcome to reports of what the EU is expected to unveil.

Oliver Dowden, the Conservative party chair, also said the early accounts of the European Commission’s proposals were “welcome”, but added that it was important there was “fundamental change” to the protocol. “We will look at them and engage properly with them,” he told Sky News.

Dowden also repeated Downing Street’s insistence that Frost’s demand that the ECJ be expunged from the Northern Ireland protocol was “not a deal breaker”.

Nonetheless, Downing Street has said that it remains a “central” British demand, raising questions about whether negotiations can reach a successful conclusion given that the EU side is adamant it will not renegotiate the fundamental legal tenets of the protocol.

Lord Gavin Barwell, former chief of staff to Theresa May, denounced Lord Frost’s demand for a total rewrite of the NI protocol. “The absolute state of David Frost trashing the deal he negotiated + hailed as a triumph,” he tweeted.