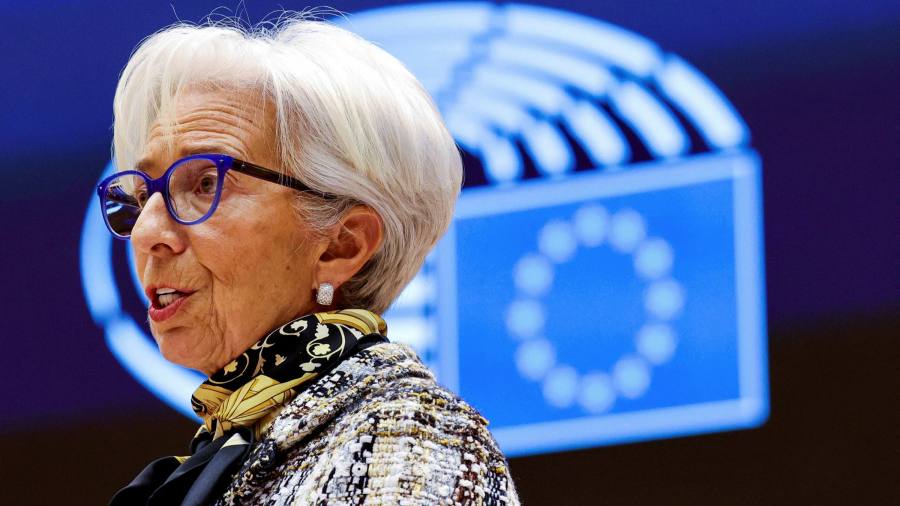 The European Central Bank is likely to adopt a less aggressive approach to tackling climate change than many campaigners want. It will rely mostly on improved financial modelling and disclosure rather than green asset purchases, according to several top policymakers.

When the ECB governing council discussed climate change as part of its strategy review last week, there was broad consensus on the need for action. But there was limited enthusiasm for the most ambitious policy ideas, a widespread reluctance for the central bank to take the lead on tackling environmental issues with a preference for leaving that to governments, according to three council members.

Christine Lagarde, the ECB’s president, has pledged to make tackling climate change a major part of the central bank’s strategy review and some council members have called for the ECB to make full use of its monetary policy tools to address the issue.

Environmental campaigners have urged the ECB to embark on so called green QE by shifting its bond-buying programme to ditch those issued by heavy carbon emitters while instead buying more green bonds that fund climate-friendly projects.

However, when the council discussed the ideas of selling the bonds of high carbon-emitting companies, buying only green securities or imposing a “haircut” on the value of collateral with higher climate risk, none of these garnered much support.

“In the end, the discussion is whether we can do something on disclosure, on measuring the risks in our balance sheet and on counterparties and collateral, but as for the idea of green QE, we are a long way from there,” said one council member.

“It is the signalling effect that matters — we would need to measure adequately what is green and what is brown and if we push for that it will have a big impact in itself.”

One council member who supports the idea of the ECB providing cheaper loans to banks that lend more to environmentally friendly purposes, such as mortgages for energy efficient housing, said it “seemed to be flying less well” among council members.

Instead, there was more agreement on the need for the ECB to better capture climate change risk in its own models, so it can assess which companies would be hardest hit by a carbon tax or need to write down the value of their assets because of lower fossil fuel usage.

That would allow the central bank to take account of climate risk in valuing the collateral it accepts and to commit to bring its corporate bond holdings in line with the 2016 Paris Agreement target to keep global warming below 2C compared with pre-industrial levels.

François Villeroy de Galhau, France’s central bank governor, this month called for a “decarbonisation” of the multitrillion-euro portfolio of corporate bonds and loans the ECB holds, including limiting its purchases of securities from “issuers whose climate performance is not compatible with the Paris agreement”.

But several council members expressed concern at last week’s meeting about trying to address the long-term problem of climate change with the shorter term tools of asset purchases and cheap loans to banks that may be withdrawn in a few years.

“We are using asset purchases as part of our toolkit now and we could tweak that to make them more green, but if we were then in a world where interest rates were normalised and inflation was at 2 per cent we wouldn’t be in the business of asset purchases, so what would we do then?” said one council member.

No decisions were taken at last week’s meeting and the council members said there would be at least two more sessions to discuss climate change before the results of the strategy review are due to be announced in September.

In the UK, a group of MPs called in January for the Bank of England to start aligning its corporate bond portfolio with the goals of the Paris Agreement, ahead of November’s international climate summit.

In response, the central bank’s governor Andrew Bailey said he had “for some time been eager to adjust our approach” to its corporate bond-buying programme, to make it “more supportive of climate transition”.