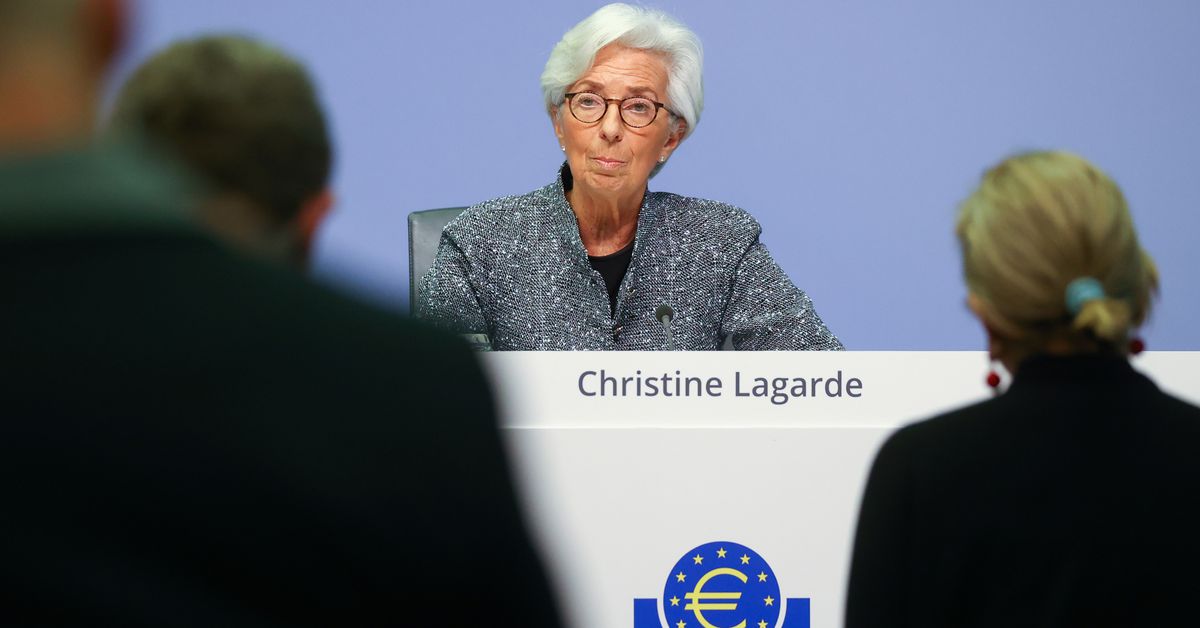 FRANKFURT, Sept 9 (Reuters) – The European Central Bank is expected to claw back stimulus on Thursday, taking a token step towards unwinding the emergency economic aid it put in place during the pandemic while still signalling copious support for years to come.

The ECB pulled out all the stops to prop up the economy as the novel coronavirus closed businesses and kept people at home last year. But with unemployment falling and inflation rebounding as normal life resumes, policymakers are under pressure to formally acknowledge that the worst is over.

Any move is likely be at the margins, reflecting central bankers’ fear that cutting support prematurely would undo years of stimulus – a dangerous prospect for the ECB, already struggling with a credibility deficit after nearly a decade of undershooting its inflation target.

Inflation is now at a 10-year high but is expected to fall sharply early next year and again languish below the ECB’s 2% target through 2023, an outlook that is likely to be confirmed by new, somewhat improved, ECB economic projections on Thursday.

The central bank for the 19 countries that use the euro will also be keen not to make a big move before the U.S. Federal Reserve, which now appears somewhat hesitant to set its own course out of super-easy policy.

That leaves the ECB with a balancing act.

On one hand it needs to acknowledge that the coronavirus crisis, the justification for emergency support, is subsiding. On the other, it must also reassure markets that this is not the start of a gradual exit from easy policy, and that its commitment to raising consumer prices is unwavering.

In practice, this could mean a cut in bond buying via its Pandemic Emergency Purchase Programme (PEPP) to a range of 60 billion to 70 billion euros per month for the fourth quarter from around 80 billion euros in July, still high by historic standards, a Reuters poll of analysts found.

Even this cut is unlikely to be precisely worded, leaving policymakers with wide discretion over how much they can purchase under the 1.85 trillion euro ($2.19 trillion) PEPP in case they are unhappy with the market reaction.

“The Council will aim to distinguish this policy calibration from the looming tapering announcement by highlighting the virus risks over the winter and the ECB’s openness to scale up purchases under the Asset Purchase Programme to offset the policy tightening from the end of the PEPP,” Oliver Rakau at Oxford Economics said.

The Asset Purchase Programme (APP), which operates under more rigid rules, was introduced in 2014 to avert potential deflation in the bloc following the global financial crisis.

The policy decision is due at 1145 GMT, followed by ECB President Christine Lagarde’s news conference at 1230.

Policymakers are likely to avoid any discussion about the eventual end of emergency support, currently slated for March, and leave what is set to be a contentious decision for December.

The difficulty is that bank must signal the end of its biggest asset-purchase scheme while promising to maintain support via other tools, keeping the overall direction of policy broadly unchanged.

PEPP is a crisis-fighting tool and its extension beyond March would be hard to justify, given the normalisation of economic activity.

That will require the ECB to shift its focus to the APP, through which it currently spends 20 billion euros per month.

But to make the APP fit for purpose, the ECB will need to increase purchase volumes and rewrite its rules on flexibility – which conservative members of the Governing Council who fear the ECB is already acting beyond its mandate are certain to resist.

Especially important are rules that forbid the ECB from buying up more than one-third of any country’s debt or making purchases out of proportion to the size of a country’s economy.

Policymakers are also expected to clash on their assessment of inflation, with some increasingly arguing that the recent rise may not be as temporary as the ECB has predicted.

“There is the possibility that we may be able to normalize monetary policy sooner than most financial market experts expect.”