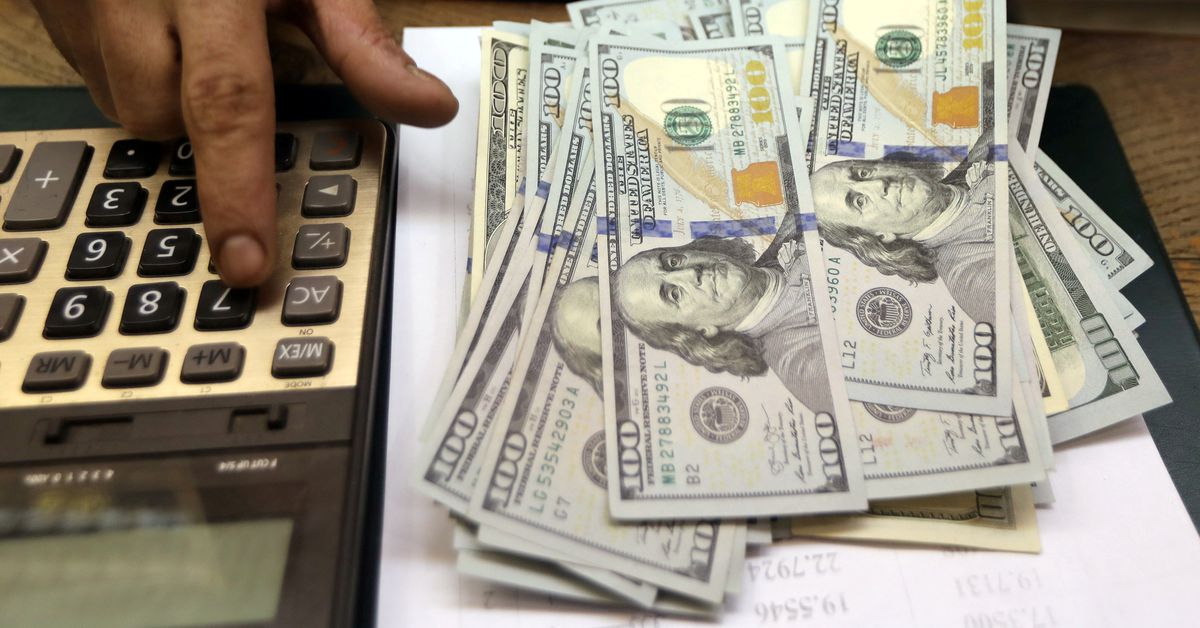 The dollar clung to a small bounce on Wednesday as traders looked to upcoming U.S. inflation data and a European Central Bank (ECB) meeting to gauge the global recovery and policymakers’ thinking.

Investors have piled up bets against the dollar, but are growing nervous about whether the beginning of the end of enormous monetary stimulus is nigh – and worry that interest rate rises could end a 15-month dollar downtrend.

Some think tapering could be hastened, and the dollar boosted, if U.S. inflation runs hotter than the 0.4% monthly clip that economists expect. For the ECB, the focus is on any signs of an imminent slowdown to its bond buying programme.

Both are due on Thursday and the anticipation has all but killed volatility in major currencies, as traders assume a wait-and-see stance. The euro was steady at $1.2174 early in the Asia session, while the dollar held firm at 109.42 Japanese yen .

“Markets need reassurance that the global economic recovery isn’t under threat from either dangerous strains of COVID, or from the Fed being forced to change tack (on stimulus) much earlier than expected,” said Societe Generale currency strategist Kit Juckes.

“So far, the vaccines appear to work and while distribution is uneven … it’s still accelerating overall,” he said.

“That’s cause for hope. For markets though, it means that risk assets need regular reassurance that the Fed isn’t going to tighten sooner than expected. And so, we wait for Thursday’s CPI data, then next week’s FOMC.”

The Australian and New Zealand dollars were firmly entrenched in narrow bands, with the Aussie at $0.7741, roughly the middle of the past two months’ range, and the kiwi travelling likewise at $0.7197.

Sterling has also stalled as doubt has crept in over whether rising cases of the coronavirus’ Delta variant in Britain could delay business reopening plans scheduled for June 21. It last bought $1.4155.

Canadian dollar traders were also on edge ahead of a central bank meeting on Wednesday. The bank is expected to leave rates on hold but flag further tapering of asset purchases, with any surprises on the size or speed liable to boost the loonie.

However, the week’s major focus is on inflation, and the ECB and traders see both events bringing risks on all sides.

“I think the risk is they fall short of that,” he said. That could pull down U.S. yields and bring the dollar with them, Capurso added, unless the figure spooked stock markets’ enough to drive safe-haven flows into the dollar.

The ECB is expected to keep policy settings steady, but the euro is likely to be sensitive to changes in the bank’s economic forecasts or any signal that the pace of bond buying could be reduced in months ahead.

Bitcoin recovered from a three-week low it hit on Tuesday when signs of institutional investor caution and regulatory attention drove selling. It last bought $32,914. read more