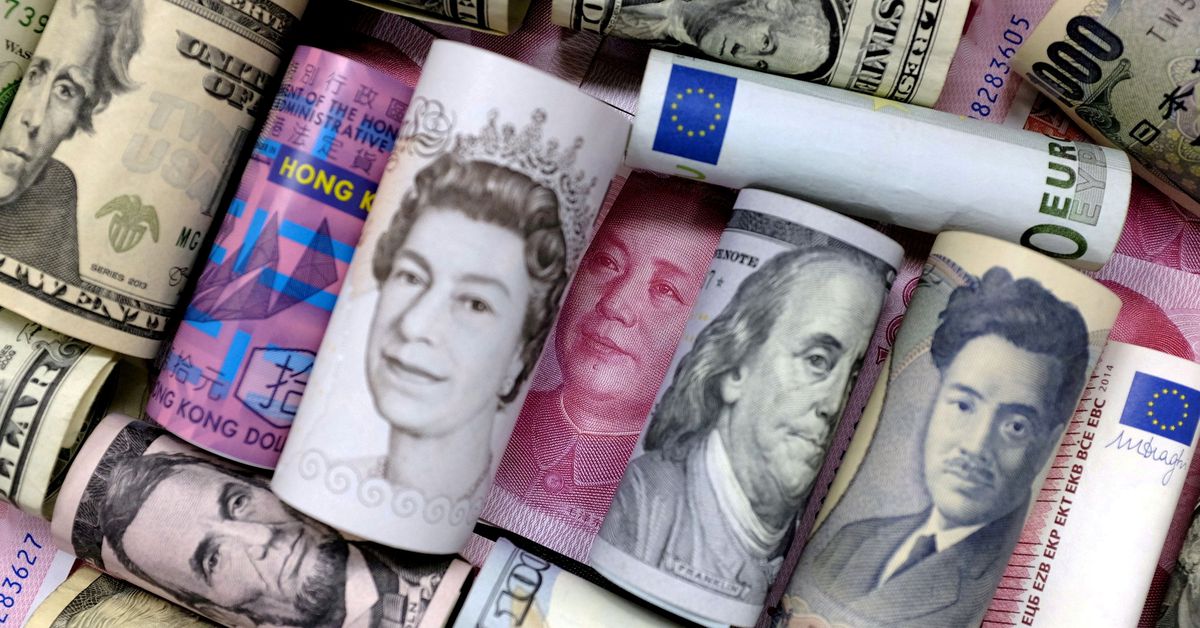 NEW YORK, Oct 20 (Reuters) – The dollar dipped on Wednesday as risk sentiment improved and as investors focused on rising commodity prices and when global central banks are likely to begin hiking interest rates to fend off persistently high inflation.

The greenback hit a one-year high against a basket of other currencies last week as market participants ramped up bets that the Federal Reserve will raise rates sooner than expected to quell rising price pressures.

Those bets have faded, however, while investors are pricing for even more aggressive rate increases in other countries and as commodity-linked currencies including the Canadian and Australian dollars outperform.

“When it comes to central banks, there’s a lot of aggressive pricing out there,” said Bipan Rai, North American head of FX strategy at CIBC Capital Markets in Toronto, noting that the market is likely overstating how fast rate hikes will come.

Rai expects the dollar may outperform if investors pare back rate hike expectations in other countries, though “that’s something that’s going to take some time to correct.”

“When push comes to shove, given the underlying fundamentals in the United States, which are still very constructive for growth, we think the Fed is probably going to be the central bank that raises rates over the course of the coming years at a bit of a more aggressive clip than the market is pricing in now,” Rai said.

Market participants are pricing for the Fed to raise rates twice by the end of 2022.

ING FX strategists said in a client note the dollar’s recent decline could be due to a combination of markets closing long-dollar positions and “a benign risk environment, where a strong U.S. earnings season has continued to offset inflation/monetary tightening concerns.”

“At this stage, it looks like the dollar is lacking some catalysts to contain the ongoing correction, and any support to the greenback may need to come from a cool-off in the recent risk-on mood in markets,” ING said.

The Australian dollar , seen as a liquid proxy for risk appetite, gained 0.27% on the day to $0.7496, having hit its highest since July overnight.

Reduced demand for safe-haven assets saw the dollar hit a four-year high of 114.67 versus the yen overnight, before retracing to 114.26.

The Canadian dollar was higher on the day after the country’s annual inflation rate accelerated to an 18-year high in September, putting the focus on the Bank of Canada ahead of a rate decision next week. read more

The British pound was down 0.05% at $1.3781 after data showed that British inflation slowed unexpectedly last month. The figures did little to change expectations that the Bank of England will become the world’s first major central bank to raise rates. read more

Ford Is Solving the ‘Two Clock Problem’. It’s Great for the Stock.

Exxon Debates Abandoning Some of Its Biggest Oil and Gas Projects