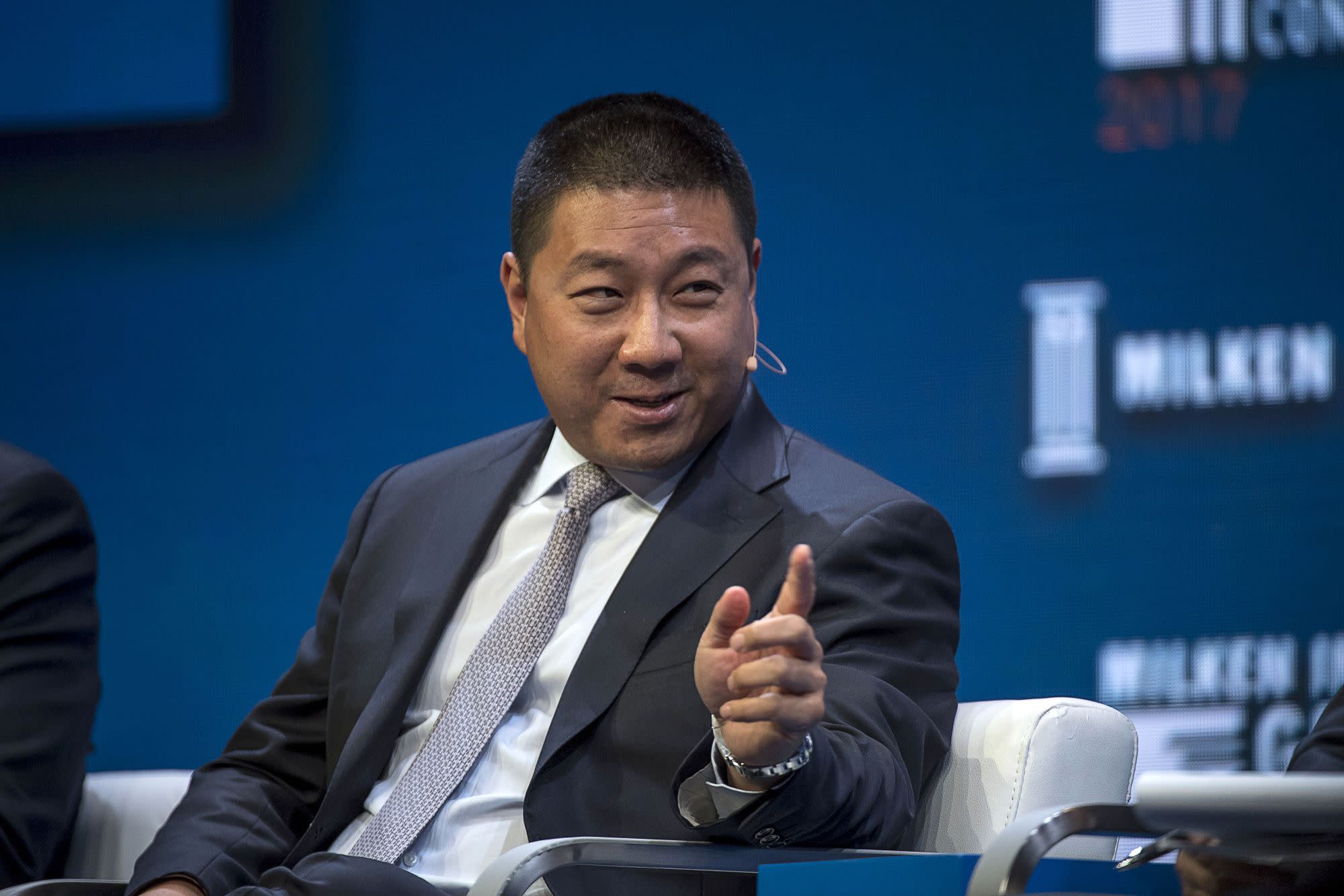 (Bloomberg) — In an era of prosperity for investment banks, Credit Suisse Group AG is careening from one crisis to another and then another — this time, with a $4.7 billion writedown tied to billionaire investor Bill Hwang’s trading blowout.

The staggering hit — the largest yet linked to market-shaking losses run up by Hwang’s Archegos Capital Management — prompted sweeping management changes at the Swiss bank Tuesday and cast fresh doubt on its checkered record of managing risks. It caps a catalog of costly errors at Credit Suisse — most recently the collapse of Greensill Capital — in what was supposed to be the start of steadier era under Chief Executive Officer Thomas Gottstein.

At a moment when investment banks are feasting on market activity and dealmaking, Credit Suisse is under mounting pressure to persuade shareholders and clients it can put its house in order and remain a vital, independent force in global banking. After the firm announced plans to cut its dividend and suspend share buybacks, analysts at JPMorgan Chase & Co. cut their recommendation for the stock, which already was breaking with peers in tumbling this year.

“The ongoing negative newsflow could have an impact on the remainder of CSG’s businesses,” analysts Kian Abouhossein and Amit Ranjan wrote in a note, lowering their rating to neutral from overweight. “Besides the impact from various management changes and regulatory oversight, in our opinion, CSG might have to pursue a strategy of ‘capital preservation,’” potentially restraining growth.

While the Swiss bank wasn’t the only firm that helped Hwang’s family office lever up large positions in a relatively small slate of stocks, rivals including Goldman Sachs Group Inc. and Deutsche Bank AG managed to unwind their exposures quickly with minimal damage.

Credit Suisse’s investment bank head and chief risk officer were among more than half a dozen executives replaced. Gottstein, who took over in February last year after a spying scandal toppled his predecessor, told the Neue Zuericher Zeitung that the bank has no sacred cows with regard to strategy.

“Serious lessons will be learned,” he pledged in a statement on Tuesday. The Archegos loss “is unacceptable.”

Credit Suisse has now offloaded the bulk of its Archegos exposure, helped by a $2.3 billion sale this week. But the impact of that latest disposal and any remaining positions could affect second-quarter results, according to a person with knowledge of the matter, after the Archegos hit caused a 900 million-franc pretax loss in the first quarter.

Investment banks around the world are still focused on the windfall unleashed by the market turmoil of the coronavirus pandemic.

The five largest U.S. firms boosted trading revenue by more than a third last year to the highest in at least a decade. JPMorgan’s Wall Street unit generated its most fourth-quarter revenue and profit ever. Deutsche Bank is among firms that have said their investment banks are off to a strong start this year. And Jefferies Financial Group Inc. already reported an 81% jump in revenue from capital markets in the fiscal first quarter that ended Feb. 28.

In an update on its underlying businesses Tuesday, Credit Suisse noted that issues such as Archegos were negating the “very strong performance that had otherwise been achieved by our investment banking businesses” as well as higher profits in wealth and asset management units.

The firm is still set to give an update on the effect of last month’s collapse of Greensill Capital, which helped manage $10 billion of investment funds the Swiss bank offered to asset management clients. Credit Suisse is leaning toward letting clients take the hit of expected losses in those funds, a person familiar with the discussions said.

Vehicles linked to Qatar’s former prime minister, Sheikh Hamad bin Jassim Al Thani, invested approximately $200 million in the funds, for example, according to people familiar with the matter. It’s not clear how much he stands to lose.

Christian Meissner, the former Bank of America Corp. executive who joined Credit Suisse in October, will take over from Chin next month. Joachim Oechslin will become risk chief in the interim, a role he held until 2019 when Warner took over. Thomas Grotzer was named interim head of compliance.

The bank cut its dividend proposal for 2020 to 10 centimes a share, from about 29 centimes, and suspended its share buyback until its common equity Tier 1 ratio, a key measure of capital strength, returns to the targeted level. Credit Suisse said it expects a CET1 ratio of at least 12% in the first quarter. It had aimed for at least 12.5% in the first half of this year.

Chairman Urs Rohner offered to forgo his compensation for 2020 of 1.5 million francs and bonuses for the executive board have been scrapped for that year. Rohner is set to step down later this month when Lloyds Banking Group Plc CEO Antonio Horta-Osorio takes over.

The Zurich-based bank was one of several global investment banks to facilitate the leveraged bets of Archegos, and had tried to reach some sort of standstill to figure out how to unwind positions without sparking panic, people familiar with the matter have said. The strategy failed as rivals rushed to cut their losses.

“Almost two weeks in, it is still not clear how the bank managed to take a 4.4 billion-franc charge for one client in the prime brokerage business, which we estimate generates less than 1 billion francs per annum in revenues,” JPMorgan’s analysts wrote.

Among big banks that dealt with Archegos, only Nomura Holdings Inc. has signaled the potential to also take a multibillion-dollar hit, saying it could lose as much as $2 billion.

Credit Suisse’s latest trades came more than a week after several rivals dumped their shares. The bank hit the market with block trades tied to ViacomCBS Inc., Vipshop Holdings Ltd. and Farfetch Ltd., a person with knowledge of the matter said. The stocks traded substantially below where they were last month before Hwang’s family office imploded.

In addition to the Archegos writedown, Credit Suisse may need to set aside 2 billion francs over the coming years for litigation tied to Greensill, according to the JPMorgan analysts.

Startup lender Greensill Capital had borrowed from the bank and helped manage a group of debt funds that were marketed as among its safest products. Now the funds are frozen and being wound down after Lex Greensill’s firm collapsed amid doubts about its lending practices.

Credit Suisse said it will provide an update on the funds in the “next few days.”

Coinbase Earns at Least $730 Million Ahead of Stock Debut