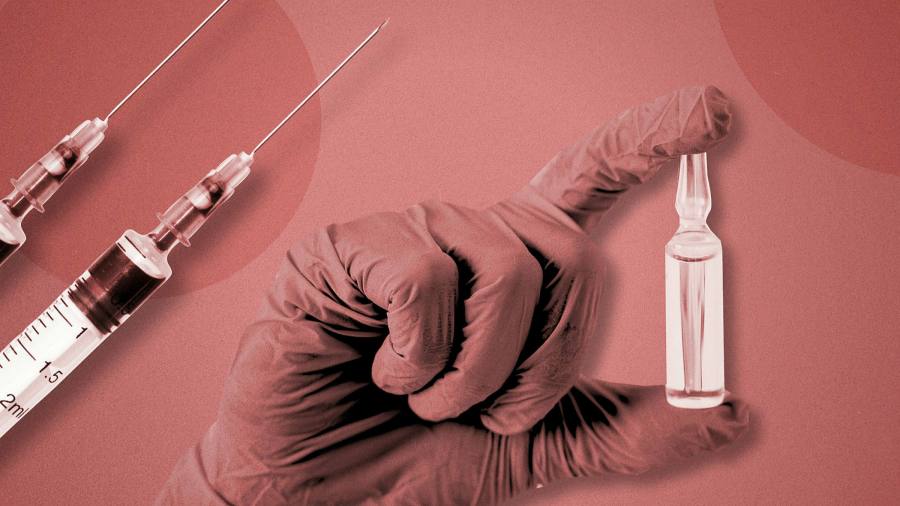 A long-simmering battle over Covid-19 vaccine patents is reaching boiling point as overflowing hospital wards in India and Brazil have highlighted the desperate need to rapidly produce more shots to inoculate the world.

Some hope that if the World Trade Organization waives a longstanding agreement designed to protect intellectual property, known as the Trade-Related Aspects of Intellectual Property Rights, or Trips, more manufacturers could make the vaccines and boost supply.

India and South Africa are leading the push for a Trips waiver, with many other low-income countries having also signed up, arguing it is the only way to ensure “fair, equitable and affordable access” to Covid-19 products, including vaccines and drugs.

James Love, director of the non-profit Knowledge Ecology International, said the industry could do more to increase production. “We are definitely going slower than we need to. Companies are hoarding both the knowhow and the intellectual property that could be protecting us not only from the current virus, but also the variants,” he said.

Some manufacturers say they could produce more vaccines if they had the intellectual property, according to Ellen t’Hoen, director of Medicines Law & Policy.

She said western governments that had helped fund the development of vaccines should have ensured their distribution would be more equitable. At present, 1.1bn Covid-19 vaccinations have been administered worldwide but fewer than 18m doses have been given in Africa.

“Governments have possibly given in too much, and given away these vast amounts of money without securing a commitment for the sharing of IP,” she said.

Who is against waiving rights and why?

Richer nations including the US, the UK and the EU have so far opposed the waiver, although the US trade representative last month suggested they might have to consider changes to trade rules to tackle the problem.

This worried the pharmaceutical industry, including some vaccine makers that have warned officials in the Biden administration that such a change could hand novel technologies — such as messenger RNA platforms — to China and Russia. They hope to use the platforms for new vaccines and even therapeutics in the future.

However, the drugmakers’ main argument is that waiving intellectual property is not the solution.

Vaccine makers have already pulled out all the stops to supply billions of doses at an unprecedented speed, including signing unusual partnerships with rivals to expand production. Moderna put its patents online last summer but they are not useful alone.

Video: Covid-19 and the business of vaccines

Thomas Cueni, director-general of the International Federation of Pharmaceutical Manufacturers & Associations, said vaccines were far more complicated than most medicines so there had never been a compulsory licence for shots. He said the patent was “just the icing on the cake”.

“You could get the recipe from Mary Berry for the loveliest cake you can imagine. But if you try to replicate that cake, good luck,” he said.

Could new suppliers expand production if they had access to the IP?

Vaccines often have far fewer patents than drugs — but they are trickier to manufacture, he said, so it is the availability of expertise that is holding back production. Johnson & Johnson has said it examined 100 potential partners but concluded only 10 were capable of making its shot.

“There’s almost nobody you could license to. They couldn’t do it — you need a huge plant, huge skills, patent or not, it doesn’t matter,” Jacob said.

Vaccine makers could send experts to new plants to manage the tech transfer process but that could damage the production already under way, he warned. “If they take people off manufacturing the vaccine now to teach someone in Bangladesh to build a factory that takes three to four years, they won’t be around to make the vaccine now,” he said.

Are there enough raw materials?

Efforts to mass produce Covid-19 vaccines on an unprecedented scale have been constrained by various bottlenecks, including limited supplies of materials such as lipid nanoparticles and equipment such as bioreactor bags. New factories would face the same constraints, including export controls that have slowed down the movement of some key parts.

Prashant Yadav, a supply chain expert at the Center for Global Development, said patents were unlikely to help in the next six months because of tight supplies but they could be useful to help set up a manufacturing network that could come online in 12 to 18 months.

“Activists are asking governments to support the proposal using the immediate opportunity — the time-sensitive burning platform — for what may be helpful in the medium to long term,” he said. He added that while vaccines are challenging to make, a waiver could spur greater equity in the distribution of an antiviral pill for Covid-19, such as the one that Merck is developing.

Western countries have prioritised vaccinating their own populations rather than seeking to protect the most vulnerable around the world. Now that the US has enough vaccines for every American, it has bowed to pressure to give away spare shots, starting with its stockpile of the Oxford/AstraZeneca vaccine, which has not been approved in the US. Other countries could do the same with surplus shots.

Another short-term help would be to ease export controls, so vaccine makers are not restricted in where they send their shots, or ingredients to make them.

The World Health Organization is also trying to encourage companies with mRNA vaccines to share their patents and technical knowhow with regional hubs in poorer countries. The scheme, launched recently, could give pharma companies more control over where their intellectual property ends up, while still expanding production.

But none of these proposals will dramatically increase the availability of vaccines this year.

How Microsoft's Chief Accessibility Officer Does Her Job

When Warren Buffett eventually is no longer Berkshire Hathaway CEO, Greg Abel will succeed him