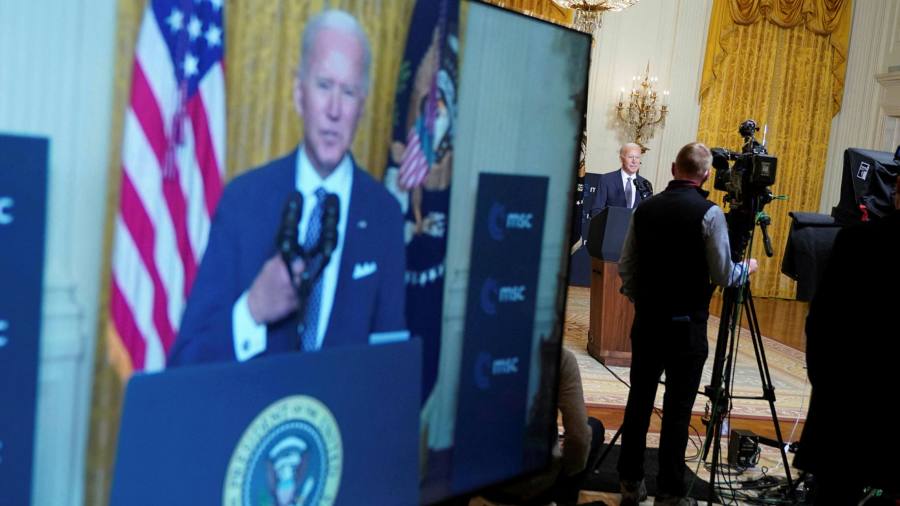 Joe Biden is facing mounting pressure from corporate America to avoid tax increases to fund the multitrillion-dollar infrastructure investments the US president has promised in the coming months.

The stand-off between the White House and US business is emerging as a new political hurdle for Biden’s economic agenda, even as he moves closer to clinching congressional approval for an immediate $1.9tn fiscal stimulus plan, likely by mid-March.

The Biden administration and business groups largely agree on the need for additional large-scale government funding to modernise US infrastructure, finance research and development and promote green energy.

But the most influential lobby groups representing corporate America in Washington are warning the president against increasing their taxes to pay for the measures. They argue that including the tax hikes in a bill later this year would be economically harmful and could torpedo the legislation.

“I can simply say that from the business community’s perspective, raising the corporate tax rate is going to make American companies less competitive at the very moment that we need a broad economic recovery,” Neil Bradley, the chief policy officer at the US Chamber of Commerce told the Financial Times. “And it’s going to make passing a bill probably next to impossible.”

The Business Roundtable, whose members include the largest blue-chip companies, is also opposed to an increase in corporate taxes to fund infrastructure spending.

During the 2020 campaign, Biden called for an increase in the US corporate income tax from 21 per cent to 28 per cent, partially reversing the tax cuts enacted by his predecessor Donald Trump in 2017, as both a matter of budgetary prudence and a matter of fiscal equity.

The White House has not laid out any details of its next economic proposal centred around infrastructure, transport, and clean energy, but internal discussions are under way and the president has met publicly with business and trade union leaders as he develops the plan.

Analysts are expecting the administration’s proposals to potentially cost between $2tn and $4tn depending on the specifics. The White House has not confirmed any price tag.

The longer-term spending would come on top of the temporary stimulus package already in train. The House of Representatives is set to move forward this week with a bill containing $1.9tn of pandemic relief, including for individuals and state and local government.

“The president has long talked about how critical it is that — when we turn to plans for our economic recovery — we invest in America, create millions of additional good-paying jobs, combat the climate crisis, advance racial equity, and build back better than before,” a White House spokesperson told the FT.

“For permanent policies that incur ongoing costs, the president is committed to paying for them by asking the wealthiest Americans and corporations to pay their fair share,” the spokesperson added. In addition to higher corporate taxes, Biden has proposed increasing capital gains taxes on individuals earning more than $1m and higher payroll taxes for high income households.

The debate over the need to cover the expense of long-term government investments will mark a further test of the shifting politics around debt and deficits in Washington. Both Republicans and Democrats have become less concerned by the need for fiscal prudence in recent years.

If the administration were to back away from the higher taxes in order to gain support from Republicans and pass the second phase of its economic agenda, it would be disappointing for many Democrats, but it may not sink the plan.

“[Biden officials] are committed to a progressive tax structure, the question is when to do it. Right now the first priority is relief,” Ro Khanna, the Democratic lawmaker from California, told the FT. “I think that people recognise that in a low interest rate, low-inflation environment, getting money out to people is . . . important.”

Business groups are suggesting that instead of funding a bout of new infrastructure spending by increasing the corporate tax rate, other sources of revenue could be explored.

These could include raising the federal gas tax, which has been stuck at 18.4 cents per gallon since the early 1990s with no indexing for inflation. However, that would pose its own political challenges, since it would hit rural states particularly hard and disproportionately affect low-income households that drive a lot, making it regressive and possibly violating Biden’s pledge not to raise taxes on households earning less than $400,000 per year.

“We may think, well, for stimulus purposes, we don’t want to pay for everything, we just want to inject some money into the economy. That’s not an unreasonable position in the short term coming out of a recession as we are right now, but it would not be a way to set us up for long-term success,” Matt Sonnesyn, the Business Roundtable’s vice-president of infrastructure, energy and environment, said during a panel last week.

“It would be a really terrible shame if Congress fails to address the long-term funding and financing issues for our nation’s infrastructure when they do this package,” he said.