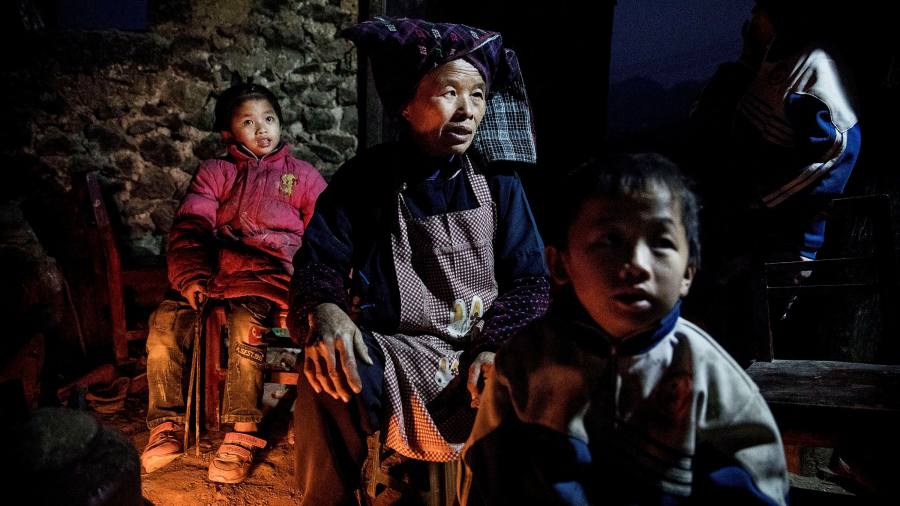 The Chinese Communist party’s claim that it had eliminated extreme poverty has been challenged by a new study that argues Beijing used a limited and inflexible definition of what it means to be poor.

Late last year, the party announced that extreme poverty had been successfully eradicated, despite negative economic growth in the first half of the year caused by the coronavirus pandemic.

Hitting the target on schedule delivered a propaganda coup for President Xi Jinping ahead of celebrations of the centenary of the party’s founding in July this year.

Beijing has also offered up its approach as worthy of study across the developing world and released a white paper describing how China achieved its “final victory” against poverty.

However, research published on Tuesday by Bill Bikales, former senior economist for the UN in China, said that China has not done enough to claim final victory over poverty.

“China has not eradicated poverty — even extreme poverty. And it will not until it has viable systems in place that will identify poor people everywhere . . . and until the country provide a safety net for all its people [including] those who are hit by a death, serious illness, loss of work or other shock,” he wrote in the report, which was funded by the Swiss Agency for Development and Cooperation.

Bikales agreed that last year’s milestone was “indisputably an achievement of great historical significance” and that all available evidence suggested that China did what it set out to do.

But that success remains distinct from having eliminated poverty, because the static definitions Beijing used were at odds with the international realities of poverty, which change.

The Chinese government did not respond to a request for comment

In the April white paper, China described the targeted system adopted under Xi as the “strongest weapon” towards reaching “complete victory” and “eliminating overall and extreme poverty for the first time in [China’s] history of thousands of years”.

China considers poverty to be a purely rural phenomenon, even though more than 60 per cent of its population lives in urban areas.

Launched in 2013, Xi’s campaign identified all rural poor — 89.98m in 2015 — and logged them in a nationwide database. It then mobilised the vast resources of the state to ensure they were no longer below the poverty line by the end of 2020.

The rigid approach meant that even when the coronavirus pandemic pushed economic growth into decline, anti-poverty work in China focused on aiding the remaining 5.51m registered rural poor on the original list. Few resources were directed towards mitigating the shock for vulnerable households who were not originally among the registered poor.

“To accurately capture the impact of Covid-19 on poverty anywhere other than in the already identified counties and villages would have required systems that were simply not in place,” Bikales wrote.

The debate over how to interpret China’s poverty alleviation achievements also has ramifications for the future of the country’s social welfare programmes.

Some economists have argued the country would benefit from setting a much higher absolute poverty threshold or using a relative or multidimensional measure of poverty, all of which would require first acknowledging that poverty still exists in China.

China’s poverty line is just above the World Bank’s global extreme poverty threshold of $1.90 per day but below the recommended $5.50 per day for upper-middle-income countries.

“China is now an upper-middle-income country,” said Martin Raiser, the World Bank country director for China. “It will be important . . . that poverty alleviation efforts increasingly shift to address the vulnerabilities faced by the large number of people still considered poor by the standards of middle-income countries, including those living in urban areas.”