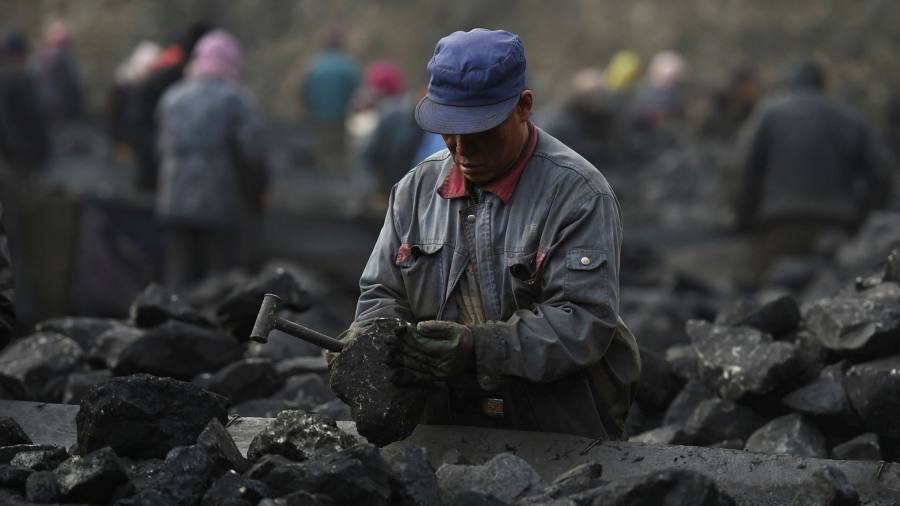 Chinese imports of coal and natural gas increased sharply in September, as Beijing raced to deal with a spiralling energy crisis that threatens economic growth.

China imported 32.9m tonnes of coal in September, 76 per cent more than it did during the same month last year, customs data released on Wednesday showed.

Factories and businesses have been forced to ration power use and some households have experienced electricity outages after a power crunch hit more than 20 Chinese provinces last month.

High coal prices, rising demand following the reopening of the economy after the Covid-19 pandemic and conflicting energy policies have contributed to the shortages, according to analysts.

China coal futures traded on the Zhengzhou commodities exchange have also been surging and touched Rmb1,640 per tonne on Wednesday, a record high.

Coal accounts for most Chinese energy consumption but caps on how much producers could charge made it financially unviable for many electricity companies that operate coal-fired power plants. After the energy crunch led to blackouts, Beijing allowed companies to charge more and urged domestic suppliers — responsible for 90 per cent of China’s coal supplies — to increase production and reopen mines.

Flooding in Indonesia and the pandemic, which led Beijing to tighten border controls with Mongolia, disrupted imports.

China also placed an informal ban on Australian coal last year after Canberra called for an inquiry into the pandemic’s origins.

Some authorities have now stepped up imports to deal with the energy crunch. Officials in Jilin, a province in north-east China, last month ordered more shipments from Russia, Indonesia and Mongolia.

Yu Zhai, a senior consultant at Wood Mackenzie, said the increase in September was a sign that authorities were turning to overseas coal in a bid to lower domestic prices, which had reached Rmb2,000 ($310) a tonne.

“One of the reasons for the power crisis is the coal price is too high, but imported coal is closer to Rmb1,500 or Rmb1,600,” he said.

Video: Jennifer Granholm on the challenges of transition to cleaner energy sources

Josua Pardede, chief economist at Indonesia’s Permata Bank, said coal exports would remain high from the country to China for the rest of the year.

“China has [still] not pulled the unofficial ban of Australian coal. Meanwhile, they are also having difficulties on fulfilling the coal demand of their electricity sector as China’s economic activities continue to grow,” he said.

Before the crisis, Chinese provinces had also been attempting to reduce power use. Provinces had been required to meet strict targets under China’s “dual control” strategy, a policy intended to lower consumption and intensity of use.

The policy contributed to a year-on-year decline in imports of other commodities, including crude oil, iron ore and copper in September, Nomura said in a research note.