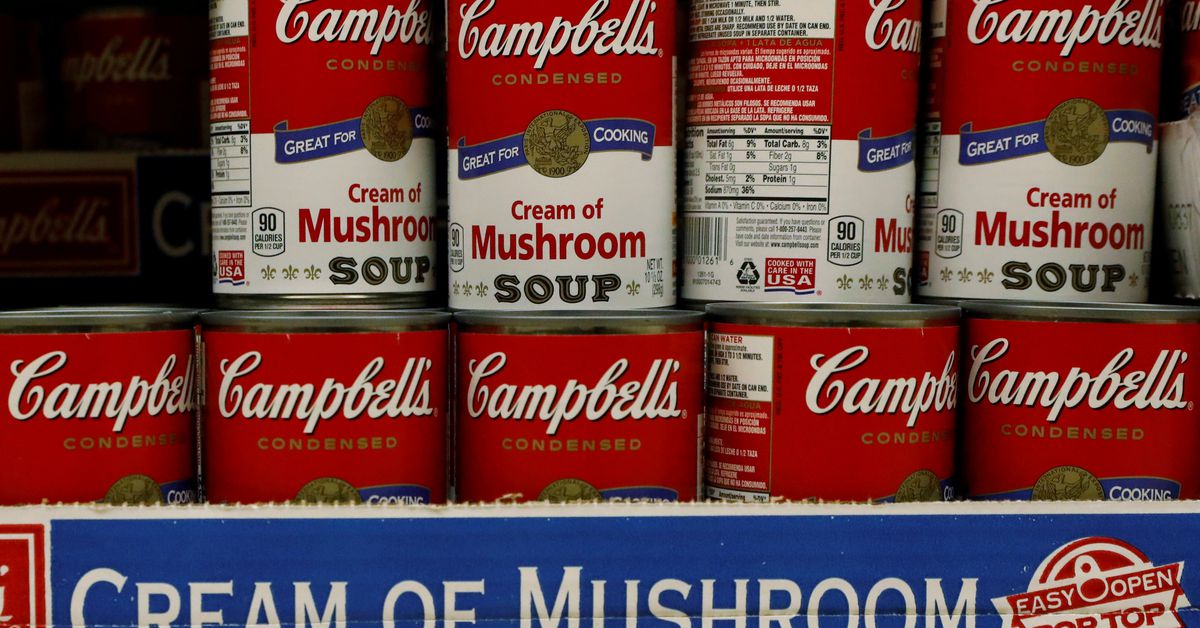 Shipping logjams globally and surging demand on the back of a resurgent U.S. economy have led food manufacturers to sacrifice their profit margin as costs rose for items across the board.

Consumers stocked pantries with soups, snacks and pasta sauces at the peak of the pandemic, as strict stay-at-home orders encouraged them to cook more at home. However, with vaccination drives picking up and restaurants reopening, more consumers are dining out.

Sales of Campbell’s salty snacks, such as Cape Cod potato chips, fell 8% in the third quarter, while sales of its soups and pasta sauces fell 14%.

“We faced additional headwinds … we are taking appropriate actions, including putting pricing in place for the next fiscal year,” Campbell’s Chief Executive Officer Mark Clouse said.

The company said it expects rising costs to persist weighing on its margin in the fourth quarter.

The revised outlook includes the impact from the company’s sale of its Plum baby food and snacks business, the canned soupmaker said.

Campbell also revised its full-year sales outlook and said it now expects a fall of 3.0% to 3.5%, compared with the 2.5% to 3.5% fall projected earlier.

For the third quarter, net earnings attributable to the company fell nearly 5% to $160 million. On an adjusted basis, Campbell earned 57 cents per share, missing estimates of 66 cents, according to IBES data from Refinitiv.

How the FBI’s Trojan Shield operation exposed a criminal underworld