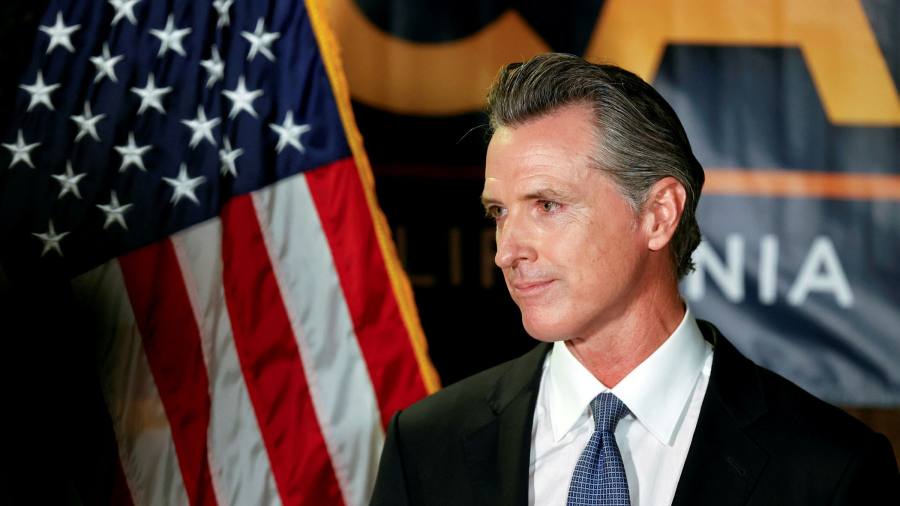 California governor Gavin Newsom has seen off a Republican-led effort to recall him from office over his handling of the Covid-19 crisis, according to projections of the statewide vote by the Associated Press.

Early results showed 67.7 per cent of California voters rejected the effort to recall Newsom, a Democrat, according to the secretary of state’s office.

“I’m humbled and grateful to the millions and millions of Californians that exercised their fundamental right to vote,” Newsom said in the state capital of Sacramento.

To defeat the recall, a majority of voters had to choose “No” on the question of whether Newsom should be removed from office. If the governor had not met that threshold, the challenger with the most votes in the second question of who to replace him would serve out the rest of his first four-year term.

Newsom faced 46 challengers on the ballot, including Larry Elder, host of a syndicated conservative radio show, who was the frontrunner among the candidates seeking to replace Newsom.

In the final days of the campaign Newsom, who won election by a landslide margin of 62 per cent in 2018, said allowing him to remain in office would be a blow against “Trumpism” in the majority Democratic state. A Republican has not won a statewide election in California since 2006.


cost of the 2021 recall vote in California

Newsom’s victory is good news for President Joe Biden, who travelled to California on the eve of Tuesday’s vote to rally voters for the governor.

Biden’s national approval ratings have fallen sharply but an easy Newsom win will ease concerns of a backlash building against the president’s policies, including his measures to arrest the spread of the Delta variant of Covid-19.

It could also reassure Democrats around the US that the political environment was not necessarily stacked against them ahead of the 2022 midterm elections. The California recall vote was, however, an imperfect litmus test of the national mood because the state has turned increasingly Democratic in recent years — and because of the unusual nature of the contest.

Newsom struggled in opinion polls during most of the summer but gained steam owing to Democrat alarm at the prospect of a victory by Elder, a supporter of Donald Trump.

National Democrats will look at Newsom’s win as a possible template for elections because the California governor was able to depict Elder as a Trump-friendly conservative with extreme views on mask and vaccine mandates, abortion rights and the validity of elections.

Biden took aim at Elder on Monday night, comparing his policies on climate change, women’s rights and other issues with those of his predecessor in the White House. “You either keep Gavin Newsom as your governor or you get Donald Trump,” he said. “That’s not a joke.”

Recall efforts are common in California and have been launched against every governor since 1960. Only two have met the threshold number of signatures for an election: this year and in 2003, when Democrat Gray Davis was recalled and replaced by the actor Arnold Schwarzenegger.

Newsom saw off five previous Republican-led attempts to recall him. The sixth effort garnered enough signatures after news emerged that he had dined unmasked at The French Laundry restaurant in Napa Valley while urging restraint on the public. His standing fell amid frustration at the state’s Covid-19 restrictions, including lengthy public school closures and bans on dining outdoors.

His critics have also attacked his response to the droughts, wildfires and homelessness that have plagued California.

The recall vote has cost the state more than $275m, even though Newsom will face re-election next year. The state’s Democrats are expected to attempt reforming California’s 110-year-old rules governing recalls.