Boston Fed will not release documents on its former president's trades

Boston Fed will not release documents on its former president's trades 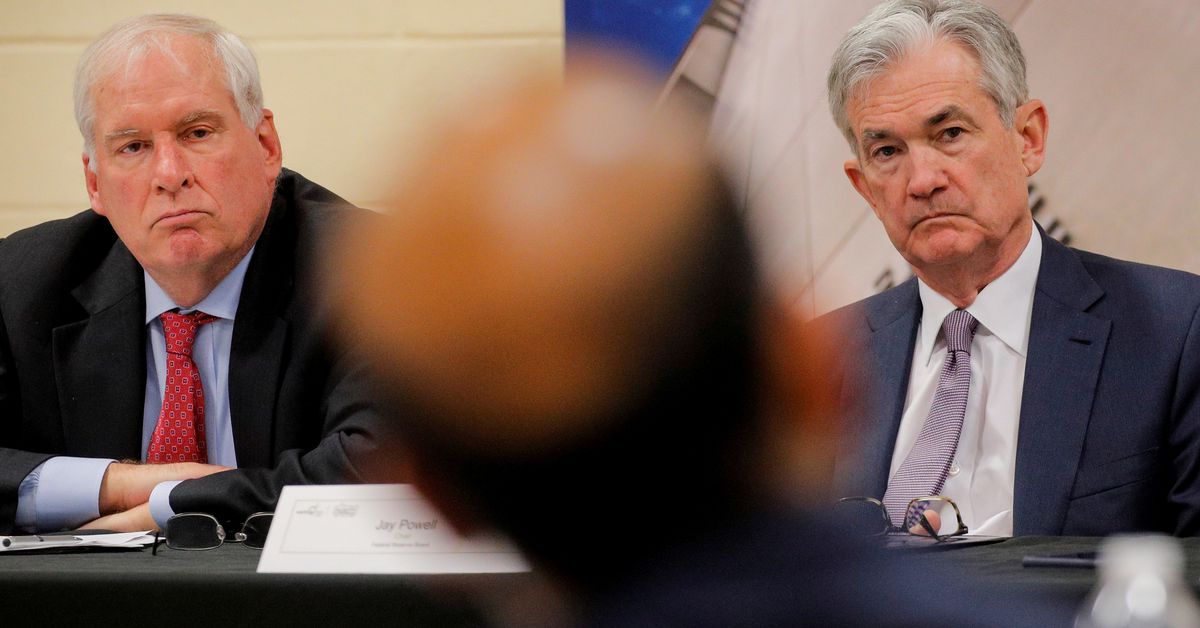 WASHINGTON, Oct 20 (Reuters) – The Boston Federal Reserve will not release documents that could show whether its former president vetted a series of personal investments last year with its ethics officer, a spokesman for the regional Fed bank said, a key point in an ongoing ethics controversy at the U.S. central bank.

Eric Rosengren, along with Dallas Fed President Robert Kaplan, stepped down after details of their trading activities in 2020 were reported in the media last month, raising questions about whether Fed rules on policymakers’ financial investments are strict enough given their market-sensitive roles.

Their investing activities and those of other top Fed officials including Chair Jerome Powell, in a year when the central bank delivered an unprecedented response to the economic threat posed by the coronavirus pandemic, have erupted into a full-blown controversy that may weigh on whether Powell is reappointed as Fed chief.

In a statement issued shortly after the initial reports, Rosengren said he would sell the securities in question, including shares in real estate investment trusts, the value of which could be influenced by Fed policy decisions. Rosengren also said the investments “were permissible under Fed ethics rules for asset types and timeframes for transactions.”

Responding to a Reuters request for any documents from the Boston Fed’s general counsel or ethics officer underlying that comment, a spokesman for the regional bank emailed a statement on Tuesday that deferred to a broad review of Fed ethics rules launched by Powell last month.

“We will not be able to provide internal communications of that nature,” the statement said. “The Chair has called for reviews of the ethics rules and frameworks. We welcome them, and will cooperate fully – and won’t publicly address specifics so as to see those reviews proceed fully, without prejudgment or distraction.”

Reuters has requested similar documents from the Dallas Fed as well as the Fed’s Board of Governors – the panel of officials who oversee the entire U.S. central bank system. A Dallas Fed spokesman said the request had been forwarded to the regional bank’s general counsel. There has been no response yet on the request filed to the Fed’s Board of Governors under the federal Freedom of Information Act.

The 12 regional Fed banks are quasi-private entities not governed by the Freedom of Information Act, and can be selective about the documents they make public. Republican U.S. Senator Steve Daines pointedly questioned Powell about this issue at a recent congressional hearing.

In a Sept. 20 letter to Warren, St. Louis Fed President James Bullard, writing on behalf of all the Fed regional banks, said they would abide by whatever new guidance emerges from Powell’s review. read more

The ethics controversy has become an issue for Powell as he awaits word on whether President Joe Biden will appoint him to a second four-year term as Fed chief when his current one expires in February.

Reports on some of Powell’s own transactions last year have highlighted the potential reputational damage the central bank now faces as the controversy lingers. In Powell’s case, that involved between $1 million and $5 million in proceeds from the sale of a stock market index fund a few days before he delivered a policy speech. Under forms that Fed governors file each year with the U.S. Office of Government Ethics, the values of holdings and transactions are recorded only in broad categories so the exact amount of the sale is not known.

A Fed spokesman said the sale and six smaller ones that year were to cover Powell’s family expenses.

From a personal finance perspective, it was a bad move. The fund, the Vanguard Total Stock Market Index Fund, which tracks the broader U.S. equity market, has risen more than 30% since Powell sold it.

But, as with Rosengren and Kaplan, the context has become as important as the details. Their transactions took place in a year of enormous economic uncertainty and hyperactivity by the Fed in response, actions that had tremendous influence on both the economy and financial markets.

In Powell’s case, the apparent liquidation of his stake in the Vanguard fund – his annual disclosure for 2020 shows effectively no holding in it at the end of that year – came with the U.S. unemployment rate at a lofty 7.8%, the initial rounds of federal pandemic-related aid due to expire, and no vaccines against COVID-19 in sight.

Powell has been a clear favorite for renomination, and still may be. The online political betting market PredictIt.org, where the pace of transactions has surged since the ethics controversy emerged, suggests about a 70% probability he will be renamed to the job. But that is down from 90% just before the matter arose.

Added to discussion around Powell’s management of monetary policy and bank regulation – the substance of his job – he now faces what Fed historian Peter Conti-Brown called a “legitimacy crisis.”

“There should be a very clear bright line rule, and that is that no central banker, or frankly any Fed employee with access to (Federal Open Market Committee) deliberations, can be an active market participant,” Conti-Brown said on a podcast with David Beckworth, a senior research fellow at George Mason University’s Mercatus Center. “I would prefer to see central bankers buy structured products that rebalance by algorithm. So there’s no human discretion involved.”