Board of Petrobras approves shareholders' meeting; end of the line for CEO

Board of Petrobras approves shareholders' meeting; end of the line for CEO 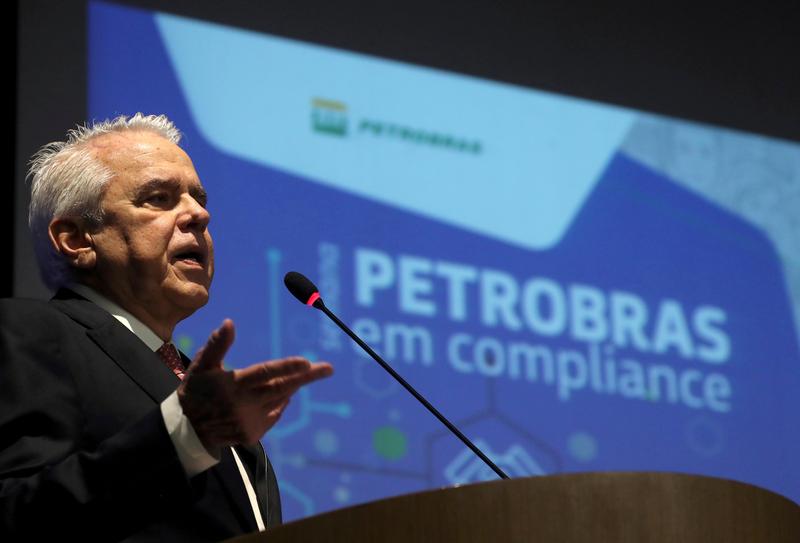 RIO DE JANEIRO (Reuters) – The board of Brazilian state-run oil Petrobras on Tuesday called for an extraordinary shareholders’ meeting, a move that all but guarantees the exit of current Chief Executive Roberto Castello Branco.

In a statement, Petroleo Brasileiro SA, as the company is officially known, said it had called the meeting in response to a request sent by the nation’s Mines and Energy Ministry.

At the meeting, shareholders are expected to formalize the replacement of Castello Branco with Joaquim Silva e Luna, a general picked by President Jair Bolsonaro.

Petrobras’ statement on Tuesday evening largely puts to bed the possibility of a protracted legal and political fight surrounding the CEO swap. Although seven of the 11 Petrobras board members are appointed by the government, most had remained loyal to the classically conservative Castello Branco in recent weeks, even as he came under pressure from Bolsonaro, according to two sources with knowledge of the board’s thinking.

But shortly before the meeting, a vote on re-electing Castello Branco for another term was replaced on the body’s agenda with one setting up the shareholders meeting, one of the sources said.

Petrobras shares closed up 12.17% on Tuesday, after plummeting 22% the previous day.

Bolsonaro criticized Castello Branco last week after a series of fuel price increases, spooking investors over a possible return to politically motivated fuel pricing that hammered Petrobras revenue over the past decade.

Bolsonaro on Tuesday told supporters there were “many things wrong” at Petrobras. “The new CEO will clean things up there,” he added.

Talk of a mass board resignation to protest against Castello Branco’s replacement has largely faded since Bolsonaro broke the news late on Friday, sources close to the matter said.

“The board members’ voting count will be an important milestone, in our view,” UBS analyst Luiz Carvalho said in a research note reiterating his “buy” rating on the shares and calling the recent selloff an “overreaction”.

Carvalho pointed to various brakes on the government’s power to dictate strategy and fuel pricing at Petrobras, including a Minas Gerais state judge’s order on Monday compelling Bolsonaro and Petrobras to explain the reasons for the change in command within 72 hours.

Luna, who has been running the giant Itaipu hydroelectric dam on Brazil’s border with Paraguay, has already signed documents that will kick off the standard pre-hiring ethics scrutiny at state-owned Petrobras.