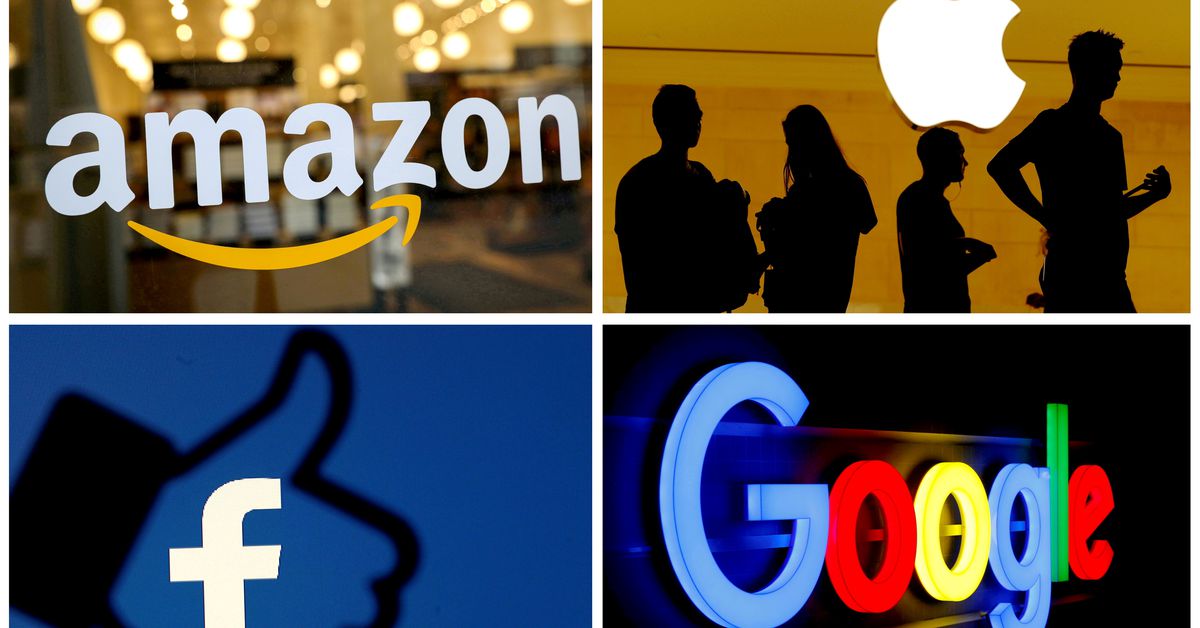 The logos of Amazon, Apple, Facebook and Google in a combination photo/File Photo

WASHINGTON, Oct 14 (Reuters) – A bipartisan group of lawmakers, headed by Senators Amy Klobuchar, a Democrat, and Republican Chuck Grassley, plan to introduce a bill that would bar Big Tech platforms, like Amazon (AMZN.O) and Alphabet’s (GOOGL.O) Google, from favoring their products and services.

The bill is one of a slew introduced in this Congress aimed at reining in tech firms, including industry leaders Facebook (FB.O) and Apple (AAPL.O). Thus far none have become law although one, a broader measure to increase resources for antitrust enforcers, has passed the Senate. read more

This bill, which Klobuchar’s office said would be introduced early next week, would be a companion to a measure which has passed the House Judiciary Committee. It must pass both houses of Congress to become law.

Klobuchar and Grassley’s bill would specifically prohibit platforms from requiring companies operating on their sites to purchase the platform’s goods or services and ban them from biasing search results to favor the platform.

“As dominant digital platforms — some of the biggest companies our world has ever seen — increasingly give preference to their own products and services, we must put policies in place to ensure small businesses and entrepreneurs still have the opportunity to succeed in the digital marketplace,” Klobuchar said in a statement.

Coinbase Is Seeing Massive Interest For Its Upcoming NFT Platform

U.S. committed to WTO and wants it to succeed, trade rep Tai says