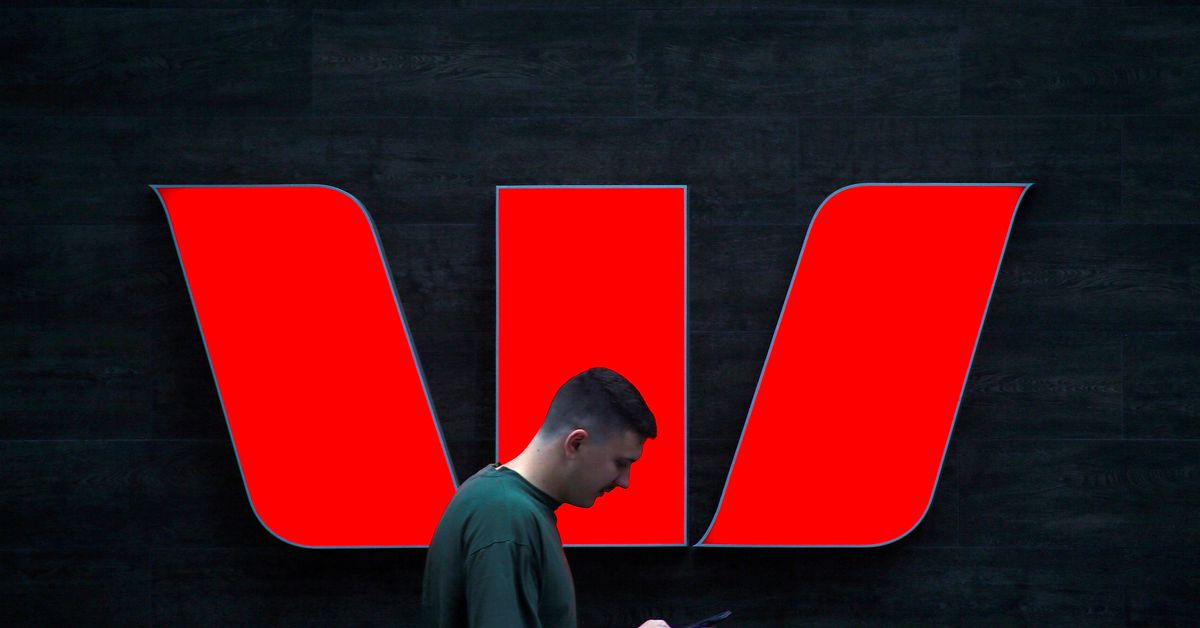 A pedestrian looks at his phone as he walks past a logo for Australia’s Westpac Banking Corp located outside a branch in central Sydney, Australia, November 5, 2018. REUTERS/David Gray/File Photo

SYDNEY, Oct 12 (Reuters) – Australia’s Westpac Banking Corp (WBC.AX) said on Tuesday it will take a one-off charge of A$1.3 billion ($956 million) against its second-half profit after its institutional banking unit quit energy trading, among other reasons.

Westpac said the one-off charge included provisions to pay out customers seeking remediation for wrongly charged fees, and costs associated with the sale of its life insurance unit.

The company cut the value of its Westpac Institutional Banking (WIB) unit by nearly A$1 billion after “reducing risk in the division through the exit of energy trading, consolidating our Asian operations and reducing our correspondent banking relationships which have all impacted earnings”, it said in a securities filing.

The bank is scheduled to report annual results on Nov. 1, and was expected to post a cash profit of A$6.5 billion, according to the average forecast of 13 analysts polled by Refinitiv before the charges were announced, nearly triple the previous year’s result which was impacted by COVID-19 loan repayment freezes and other macroeconomic shocks.

Westpac shares were trading down 0.5% in early trading on Tuesday, against a flat overall stock market (.AXJO).