Novak Djokovic will stride on to centre court in Melbourne on Sunday in search of a record ninth Australian Open title. But at a tournament hammered by a Covid-19 outbreak, a statewide lockdown and a rodent-infested quarantine hotel, perhaps the greatest achievement is that the tennis went ahead at all.

As the finishing touches were made to the Rod Laver Arena to welcome 7,500 spectators, organisers defended their decision to stage the tennis major during a pandemic.

They have also suggested the event could provide a template for holding other big sporting events, including the Tokyo Olympics this summer.

“A lot of people said you’d be crazy to go ahead with the Open — but this pandemic is going to go on,” said Craig Tiley, chief executive of Tennis Australia. “If we are banking on the vaccination being a silver bullet then that is probably naive of us.”

Tiley, an unflappable South African and director of the tournament, told the Financial Times that organisers wanted to send a signal to the world that it was possible to host live sports events with spectators despite coronavirus.

The Open provides a boost to the local economy — by A$387m (US$293m) in 2020, according to an economic impact study — and to the psyches of Melbourne residents, who endured a 112-day lockdown last year to control a deadly second wave, he added.

But staging the international event in Australia, where local transmission of Covid-19 has been reduced to a handful of cases thanks to strict border controls, has proved hugely controversial.

Health experts warned that flying in 1,200 players, staff and officials posed an unacceptable risk to the community, particularly given the emergence of fast-spreading variants of the virus.

The backlash intensified when 72 players were forced into strict hotel quarantine following four positive tests on charter flights to Australia. When Yulia Putintseva, a Kazhak player, complained of mice in her room, Lisa Neville, a minister in the Victorian state government, accused her of feeding the rodents.

“People in Melbourne are still very nervous about the virus after last year’s lockdown,” said Jan Williamson, as she watched a match last week at the event.

“But if Melbourne didn’t hold the tournament, someone else would probably have grabbed it.” 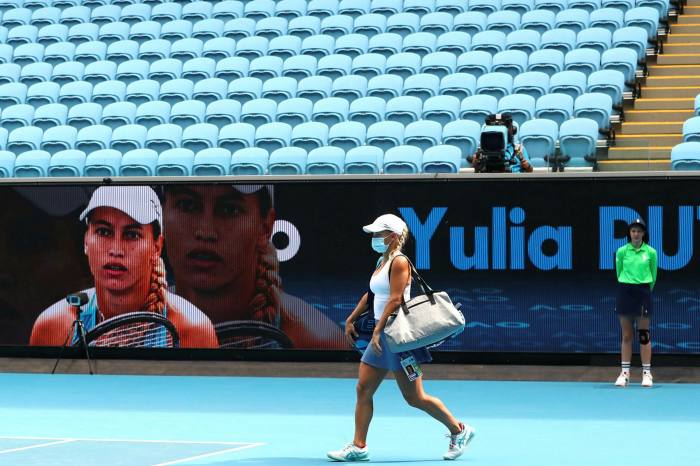 Yulia Putintseva said there were mice in her hotel room © Reuters 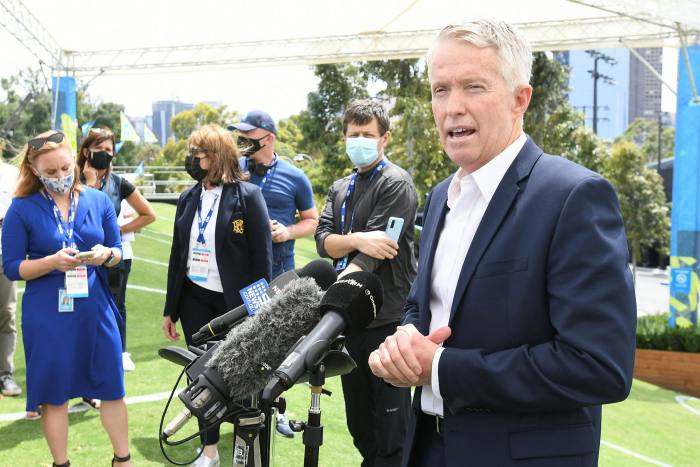 Despite capping the number of spectators at 50 per cent of normal capacity, attendance remained below the threshold during the tournament’s first week. Then, an outbreak linked to a breach of hotel quarantine triggered a snap five-day lockdown, forcing games to be played without fans. Spectators returned on Thursday after the lockdown was lifted.

“Every day presents a new set of challenges,” said Tiley, who expressed concerns about the prospects for the Olympics given the huge number of athletes due to attend and the prevalence of the virus in Japan.

Tiley said that a strict hotel quarantine programme, regularly testing, player bubbles and adopting new technology has been crucial to putting on the tournament. The added expense meant that the event will make a loss this year, a cost he said it was worth it to hold the tournament and maintain its global standing.

But persuading elite athletes to submit to 14-day hotel quarantine, even without rodents, has not been easy, despite prize money of A$71m.

Djokovic, the world number one, is one of several players who has complained that enforcing hotel quarantine, where players have limited ability to train, has increased the risk of injuries.

“The 14-day quarantine — people don’t realise, but the amount of injuries in this tournament has shown how much effect it has on the players’ bodies. It’s really taken its toll, unfortunately, on all of us,” said Djokovic, who has nursed an abdominal injury since the third round.

“Talking to a lot of the players, a majority of the players just don’t want to go ahead with the season if we are going to have to quarantine most of the tournaments,” he said.

Tokyo 2020, the organisers of the Olympics, told the FT they were aware of what had occurred at the Open and would use policies and procedures at many sports events as a reference.

But health experts said there was no simple template for staging events because of the way the virus was evolving.

Jeremy Nicholson, pro-vice chancellor for health sciences at Murdoch University in Perth, said: “What worked before might not work in the future and protocols need to be informed by the latest scientific intelligence on the properties of the virus.”

US lawmakers found their target for GameStop recriminations: Robinhood