Asian shares trading mixed as optimism wears off on US rally

Asian shares trading mixed as optimism wears off on US rally 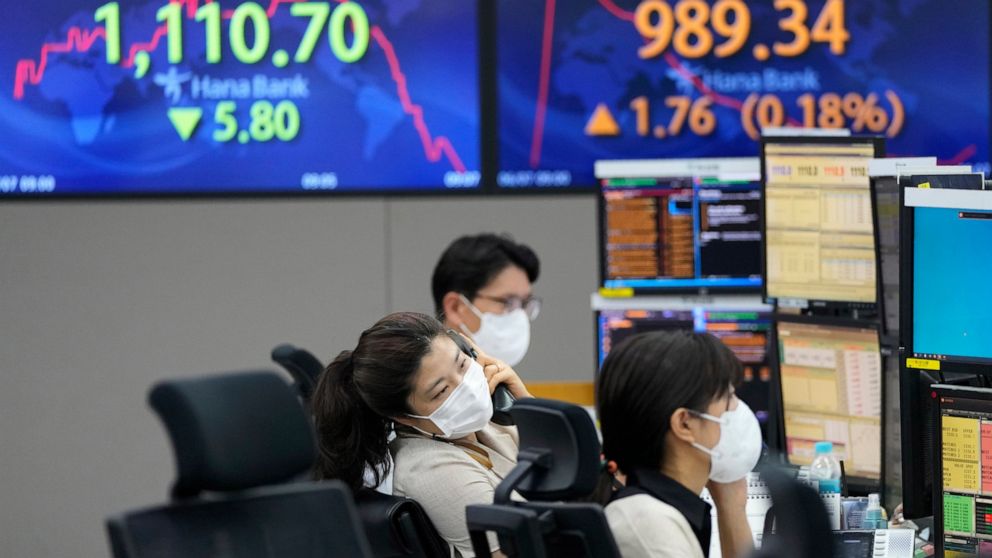 Asian shares are mixed, as initial euphoria about the gains that closed out last week on Wall Street quickly fade

TOKYO — Asian shares were mixed Monday, as initial euphoria about the gains that closed out last week on Wall Street faded quickly.

Worries about the coronavirus pandemic remain strong in the region, in contrast to the U.S. and parts of Europe, where life is increasingly returning to something resembling normalcy, but the vaccine rollout is gradually picking up steam in Asia.

Much of the regional economy depends of exports to the West. Data being released this week, such as trade data for China and industrial production for India, are expected to reflect the rebound from the pandemic.

“Consensus expectations around activity data being released this week in Asia looks strong,” Venkateswaran Lavanya of the Asia & Oceania Treasury Department at Mizuho Bank in Singapore said in a commentary.

“The more pertinent question is now whether we can effectively gauge the extent of the recovery, or a lack thereof, in these economies.”

Wall Street closed out last week with a second straight weekly gain for the S&P 500, which rose 0.9% to 4,229.89. It followed a U.S. Labor Department report showing American employers added 559,000 jobs in May.

Technology stocks were biggest gainers and did the most to drive the broader market higher. The Dow Jones Industrial Average gained 0.5% to 34,756.39. The rally in technology stocks helped push the Nasdaq to a solid gain. The tech-heavy index climbed 1.5% to 13,814.49.

The pickup in jobs last month is another sign that the economy continues to recover, even as employment remains below pre-pandemic levels.

Investors have been worried about rising inflation becoming a long-term issue, rather than the temporary effect from the recovering economy. They are also worried that The Fed could consider pulling its support for the economy if inflation runs too hot.

In energy trading, benchmark U.S. crude fell 18 cents to $69.44 a barrel in electronic trading on the New York Mercantile Exchange. It gained 81 cents to $69.62 per barrel on Friday. Brent crude, the international standard, lost 29 cents to $71.60 a barrel.

‘Many thought women should simply decide a car’s colour’