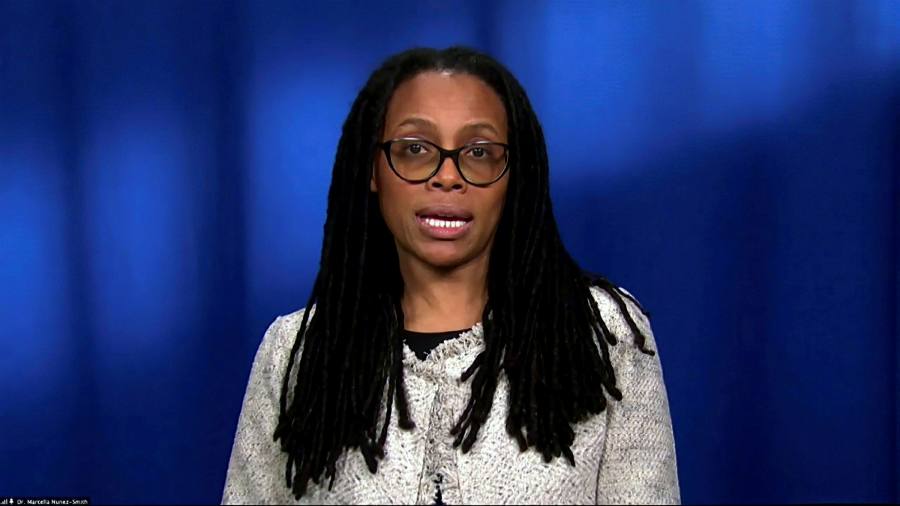 Anti-vaccination campaigners are targeting black Americans with misinformation about Covid-19 vaccines, one of Joe Biden’s top health advisers has warned.

Dr Marcella Nunez-Smith, the head of the US president’s task force on Covid-19 health equity, told the Financial Times she was increasingly worried about the way in which misinformation about coronavirus vaccines is being tailored to appeal to black communities in particular.

Nunez-Smith told the FT: “If you think about what it is to have 400 years in this country [since slaves first arrived in the US] being marginalised and minoritised, you can imagine the distrust you would have in the system.

“There are actors out there trying to take advantage of that with misinformation about the vaccines, especially among some of the communities that have been hardest hit [by the pandemic].”

She declined to say what measures were being considered to fight online misinformation, but added: “All avenues are being explored.”

The US is now vaccinating about 1.4m people a day, but surveys show a significant number of people are still hesitant to receive a shot, especially in black communities. A study last month by the Kaiser Family Foundation think-tank found 43 per cent of black people said they wanted to “wait and see” before receiving a vaccine, compared with only 26 per cent of white people.

Academics and health officials say they have become increasingly alarmed by the way in which well-organised anti-vaccination groups are tailoring their message to target black populations in particular, often using historic scandals.

A frequently-mentioned one is the Tuskegee study that began in 1932, which allowed syphilis to develop untreated among black men to see how the disease progressed.

The White House is reportedly in touch with Facebook, Twitter and Google about clamping down on Covid misinformation in an attempt to stop it going viral.

Fears over the spread of vaccine misinformation come amid signs that people living in areas hardest hit by the pandemic — especially people of colour — are being inoculated at a slower rate than the rest of the US population.

That is especially true in some large urban areas, including Chicago. The zip code containing Streeterville, a neighbourhood that is home to a Gucci boutique and Chicago’s Museum of Contemporary Art, has one of the highest vaccination rates in the city.

Sixteen miles south, the zip code containing Roseland is more than 90 per cent black with a median household income of $41,000. Covid-19 has killed 279 people out of every 100,000; just 6 per cent of residents have received a first dose of the vaccine.

Cash usage has increased amid the pandemic, Brinks CEO says