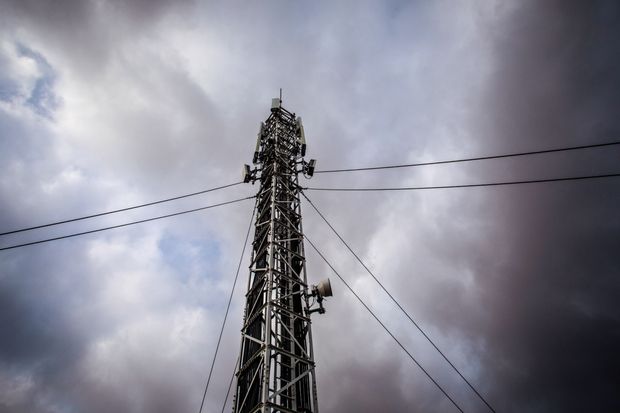 This article first appeared on SumZero, the world’s largest research community of buyside investment professionals. In some cases, Barron’s edits the research for brevity; professional investors can access the full version of this thesis and tens of thousands of others at SumZero.com.

Disclaimer: The author of this idea and the author’s fund had a position in this security at the time of posting and may trade in and out of this position without informing the SumZero community.

American Tower, a real estate investment trust, or REIT, is the largest global owner of wireless towers and related real estate, with a portfolio of more than 210,000 sites. Roughly 41,000 of them are in the U.S., and the rest are in other countries. The total includes the roughly 31,000 international sites American Tower is acquiring via the Telxius Towers acquisition announced in January.

American Tower is a business with highly predictable and growing revenue. It requires minimal capital expenditures, and free cash flow (FCF) margins are in the upper 40s. A high-quality and properly incentivized management team runs the business. Andvari expects American Tower to provide us with annualized returns of at least 13% over the next five to 10 years at current prices.

How the Business Works

AMT owns and leases the tower structure and associated land to wireless operators and other customers (e.g., radio and television broadcast companies). Customers own the equipment physically installed on the towers. That equipment includes antennae, related arrays, coaxial cables, etc.

AMT leases space on its towers to customers under long-term, noncancelable contracts. The initial terms are five to 10 years, followed by five-year renewal periods. Contracts include annual price escalators. In the U.S., price increases have averaged about 3% per year. In other countries, price escalators are typically tied to inflation.

A typical tower can accommodate up to four or five tenants. From a financial perspective, it is not the initial tenant on a tower that makes the tower leasing model so attractive, but rather the incremental tenants. The unit economics for a single tower are outlined in the following table.

The returns on a single-tenant tower are mediocre, but they provide an effective barrier to entry from upstart competition (see below). However, the second/third/fourth tenants generate incremental gross margins of nearly 100% because AMT’s operating costs at the tower level are almost entirely fixed.

AMT’s business model has great competitive advantages that make it a high-quality and extremely valuable business.

Tens of Thousands of Local Monopolies

In essence, AMT’s global portfolio of tower sites is a collection of localized geospatial monopolies. Once a tower is sited and developed, it is more cost-effective for a wireless operator to colocate on that tower rather than to build a new one. Building a new one takes time and money and jumping through regulatory hoops. AMT has a high degree of protection due to the not in my back yard (Nimby) phenomenon.

By virtue of its more than 25-year operating record, AMT has already staked out, acquired, and/or developed more than 200,000 tower sites throughout the world in premium locations. The combination of its long operating history and enormous tower portfolio, alongside (1) the concentrated nature of AMT’s customer base (two to four telecoms per country); (2) high switching costs; (3) significant operating leverage at the tower level as tenants are added; and (4) the mediocre unit economics of a one-tenant tower, creates an enormous barrier to profitability for upstart competitors.

For perspective, at the end of 2017 (when it was last disclosed), AMT had an average of 1.9 tenants per tower globally after having been in the business since 1995. To say upstart competitors face an uphill battle is an understatement.

Tower leases are a small overall expense for wireless providers. The average wireless bill is $70 a month. The average tower can service/connect to about 1,500 devices. If you multiply $70 by 12 months by 1,500 devices, you get about $1.26 million in annual revenue. If the telecom is paying $20,000 to $30,000 in annual lease payments to the tower provider, those payments only make up about 2% of that revenue.

AMT’s offerings are critical to its customers’ ( AT&T, Verizon, T-Mobile ) businesses. Wireless providers differentiate themselves by offering the fastest, most reliable service possible. Network density is key to achieving this outcome. To maximize profit, the wireless providers focus on reducing customer churn rates as much as possible. If Verizon switched from AMT to another tower operator, this could result in lower-quality and/or interrupted service—either or both of which can drive Verizon’s customers into the arms of AT&T or T-Mobile.

Although AMT’s services are critical for customers, they constitute a tiny portion of customers’ operating budgets, at about 2% of revenue. This gives AMT a strong degree of pricing power. Lastly, American Tower has a 1% to 2% annual customer churn rate, which we believe is evidence of the high switching costs for customers.

Tom Bartlett took over as CEO in March 2020, succeeding James Taiclet. Taiclet had served as CEO since the beginning of 2003. During Taiclet’s tenure, AMT compounded revenue and earnings before interest, taxes, depreciation, and amortization (Ebitda) at annualized rates of about 14% (roughly a tenfold increase) and about 20% (or 21 times), respectively. This translated to a roughly 70x total shareholder return, or a compound annual growth rate (CAGR) of about 29% versus a roughly 9.9% total return for the S&P 500 with dividends reinvested.

Before stepping into the CEO role, Bartlett had served as AMT’s CFO for a decade. Prior to AMT, he had been with Verizon for more than 25 years. We are comfortable with the skill set and experience Bartlett brings to the company.

Regarding executive ownership of AMT shares, it is modest at just 1% of shares outstanding. However, we commend AMT for its incentive compensation structure. Long-term equity compensation is based on achieving growth in adjusted funds from operations (AFFO) per share (70% weighting) and return on invested capital (30% weighting) targets, measured over three-year periods. We believe these metrics most directly correlate with long-term shareholder returns.

Management has allocated capital well over the years. It has acquired and reinvested for organic growth. The company prioritizes capital allocation in this order:

American Tower’s reinvestment playbook remains unchanged from years past: to organically build or acquire macro towers on a global scale.

Ever-increasing demand for wireless network capacity will continue to fuel demand for AMT’s towers. Wireless data consumption per capita (U.S.) is expected to compound at a rate greater than 30% over the next five to 10 years. The growth rate will be even higher in developing economies. In addition, the physics of wireless signal propagation and spectrum use are addressed in the most cost-effective way by large, macro tower deployments.

Based on continued growth in mobile data traffic, AMT management has continued to build and acquire macro towers. It has focused outside the U.S. due to the maturity of its domestic portfolio. The U.S. has about one-fifth of AMT’s total towers, but accounts for 55% of total revenue and 66% of total Ebitda.

By contrast, direct competitor Crown Castle has chosen to acquire and build out a network of small-cell and optical fiber assets. Regarding the threat/opportunity of small-cell networks, these will not displace or replace the large macro tower networks. Small cells are a complementary, not a supplementary, solution in that they “fill in the gaps” in a network.

Returns on capital (measured as a percentage) on the U.S. small-cell business are in the midsingle digits, versus low-double digits for macro towers.

American Tower has had compound annual growth rates for revenue and FCF in the midteens over the last decade. We believe AMT can produce an FCF annualized growth rate of around 13% for the foreseeable future. There is potential upside from our target rate due to AMT’s superior business model and the secular tailwinds for growth in data demand as use cases expand. For example, the proliferation of Internet-of-Things devices (drone delivery fleets, autonomous vehicles, augmented/virtual reality devices) could arrive much sooner, to the benefit of AMT.

The ratio of net debt to Ebitda is greater than 5 following the Telxius Tower acquisition. However, the durability and quality of AMT’s revenue stream support a high debt load. Noncancelable, long-term contracts with pricing escalators, which provide low-cost and essential access to thousands of tower sites for wireless companies, are things of beauty. Finally, relative to the leverage ratio of 7 of fellow tower company SBA Communications, one could argue AMT is underleveraged.

More than half (54%) of AMT’s revenue comes from just three customers: AT&T, Verizon, and the new T-Mobile. For the most part, these dynamics are similar in countries outside the U.S., with only two or three carriers accounting for the lion’s share (60% to 80%) of AMT’s revenue in each country.

The recent T-Mobile/Sprint merger reignited concerns about customer concentration. We believe two things mitigate this risk. First is the contractually obligated, recurring nature of AMT’s revenue stream. Second, prior to merging with T-Mobile, Sprint had underinvested in network infrastructure, whereas T-Mobile took the opposite approach. This should be a small, near-term positive for AMT as T-Mobile invests more into the Sprint network.

AT&T’s net debt-to-Ebitda ratio is around 2.7 while Verizon’s is around 2.0. Customers’ balance sheets do not represent any material risk to AMT’s business, given how important its services are relative to their cost (about 2% of telecoms’ revenues).

American Tower is simply a great business due to its many qualitative attributes:

With American Tower’s current AFFO yield of nearly 3% and an ability to grow AFFO per share at a 10% annualized rate (far lower than historical CAGR of 17.5%), Andvari expects to earn 13% annualized returns over the coming years.

For the full report, including charts and a valuation discussion, please go to SumZero.com.