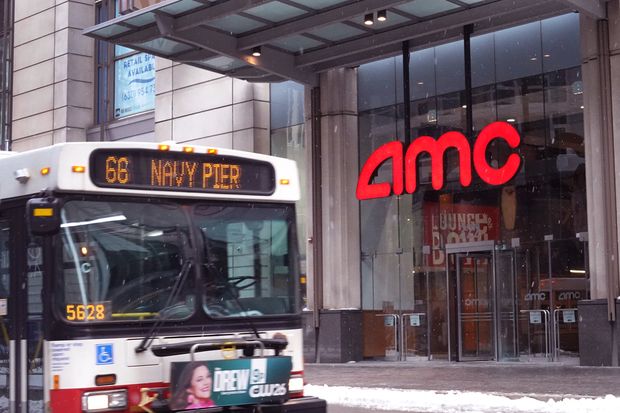 An AMC theater in Chicago. Business is not expected to return to normal until the end of the year.

AMC Entertainment Holdings has clearance to reopen its 13 movie theater complexes in New York City, but business may not return to normal until the end of this year.

While there is probably plenty of pent-up demand for the movie theater experience, moviegoers may steer clear until the Covid-19 vaccine is more widely available. That means movie studios may continue to put off big theatrical releases, according to Wedbush analyst Michael Pachter.

“We do not expect attendance levels to begin to normalize until July at the earliest,” he said in a research note.

News that New York Gov. Andrew Cuomo will allow cinemas to reopen in the city next week sent AMC shares higher on Monday, and they kept rising even after the market close. They were up 7%, to $7.36, in volatile trading on Tuesday morning.

AMC has not yet reported fourth-quarter results. Still, domestic box office sales are down more than 80% for the industry, Pachter said. That will not help AMC, which has been focused on shoring up its cash to survive a sustained period of shutdowns and business disruption.

B. Riley analyst Eric Wold said in a note that New York City cinemas contributed 7% of 2019 box office sales, making it an important market for studios when deciding whether to release a film. Reopening would also bring back movie reviews by local media. Both “are important considerations for studios in whether or not to release a film or delay it until a later date,” he said.

AMC, the biggest movie theater chain operator, is grappling with shutdowns in the U.S. as well as in Europe. While it has been able to operate locations across the U.S., shutdowns in major cities like New York and Los Angeles have hurt its operations.

Wold said the U.S. theater industry could return to pre-pandemic attendance levels by 2023, with stronger profit margins thanks to cost cutting over the last year. “We continue to believe that it will be headline news flow such as this from NYC that will be more important to driving this investor optimism in the coming months,” he wrote.

AMC said it would open in New York City on March 5, with substantial public health safety measures in place and occupancy restricted to 25% capacity, or no more than 50 people per screen.

Pachter has a Neutral rating on AMC shares, with a $2.50 price target.

“We think it will have enough liquidity to survive with low utilization through at least Q3 with NYC theaters reopening,” he said in the research note. “However, we think it will be years before AMC is able to revisit its prior growth strategy as it repays its growing mountain of debt.”