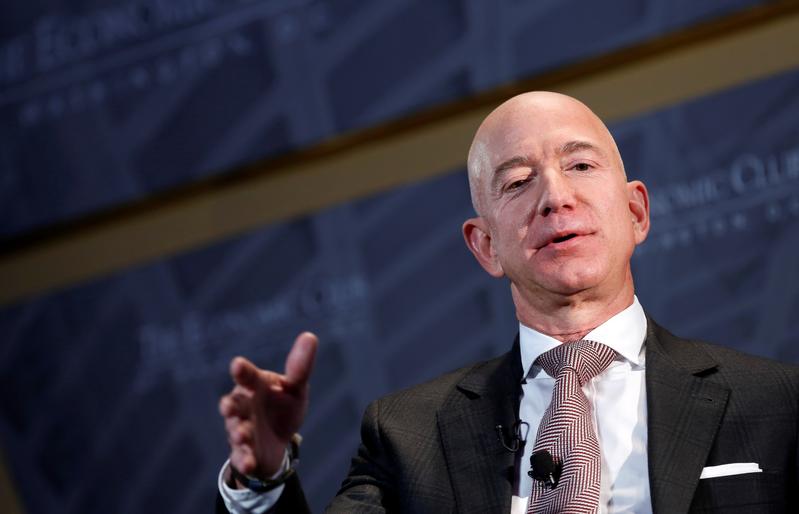 WASHINGTON (Reuters) – Amazon.com Inc supports a hike in the U.S. corporate tax rate as part of an infrastructure overhaul, Jeff Bezos, chief executive of the largest U.S. retailer, said on Tuesday after facing withering criticism from the White House, Congress and on social media.

“We support the Biden Administration’s focus on making bold investments in American infrastructure,” Bezos said in a blog post. “We recognize this investment will require concessions from all sides — both on the specifics of what’s included as well as how it gets paid for (we’re supportive of a rise in the corporate tax rate).”

The largest online U.S. retailer, which has been widely criticized in recent years for paying little or no U.S. federal income tax, did not endorse raising rates to a specific figure.

Biden said last week Amazon was one of 91 Fortune 500 companies that “use various loopholes where they pay not a single solitary penny in federal income tax,” in sharp contrast to middle class families paying over 20% tax rates.

Bezos is stepping down from the CEO role during third quarter of 2021.

Biden’s predecessor, Donald Trump, and Republican lawmakers cut the corporate rate to 21% in 2017 from 35%. Trump repeatedly promised to tackle the nation’s crumbling infrastructure during his presidency but never delivered on that.

In June 2019, Biden named Amazon and said no company making billions in profits should pay a lower tax rate than firefighters and teachers.