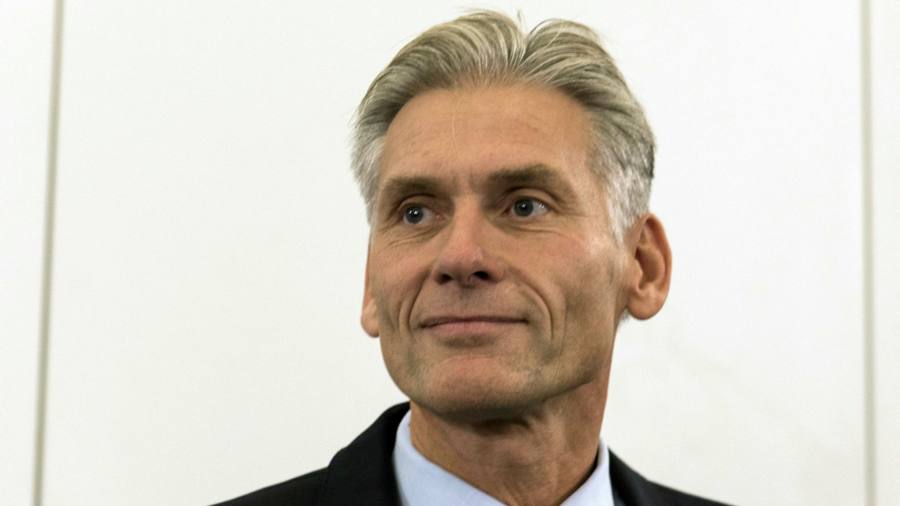 Danish prosecutors have dropped all charges against former top managers of Danske Bank including its ex-chief executive and finance director over a €200bn money-laundering scandal that is one of the largest in the world.

Per Fiig, acting chief prosecutor, said it was his legal assessment that “there is no legal evidence that any individuals have shown negligence to such a degree that it can be characterised as gross negligence, and that they thereby have broken the law”.

The news means that no person from Denmark’s biggest bank will be held criminally responsible in the Scandinavian country for a scandal that toppled the lender’s leadership, caused its share price to plunge, and opened it up to the prospect of large fines in the US and many shareholder lawsuits.

A criminal investigation is still under way in the US with Danske keen to settle it quickly, according to people familiar with the probe.

Danish prosecutors still have an open investigation against the bank itself for possible breaches of money-laundering legislation. But Fiig confirmed there were “no other charged individuals in this case”.

He added that prosecutors had secured a large amount of documents, interviewed a number of people, and reviewed “comprehensive material” but could not find evidence of the gross negligence needed under Danish law.

Danske said in 2018 that €200bn of money from Russia and other ex-Soviet states flowed through its Estonian branch between 2007 and 2015, most of it judged to be suspicious. Borgen resigned as chief executive shortly after the report while Ramlau-Hansen stepped down as chair of Denmark’s financial regulator shortly beforehand after the watchdog reprimanded Danske.

The Financial Times revealed that year minutes of a crucial meeting in 2013 when Morch said Danske’s portfolio for non-residents in Estonia was bigger than rivals’ and should potentially be reduced. Borgen asked to discuss the matter outside “this forum” and stressed the need for a “middle ground”. Ramlau-Hansen was also present at the meeting but the minutes did not record any participation by him in the debate.

Borgen’s lawyer told Danish media on Thursday night that his client was “very happy and relieved” by the news. Lawyers for the other two men could either not be reached for comment or declined to comment.