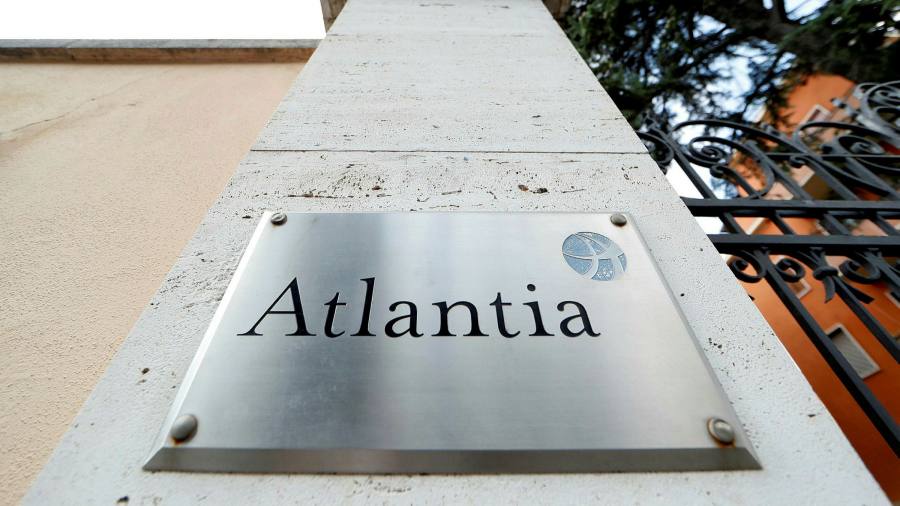 Spanish construction group ACS has approached Italy’s Atlantia to buy the country’s largest motorway network for up to €10bn, offering to outbid a group led by Italy’s state-controlled investment fund, according to a letter obtained by the Financial Times.

The approach is a fresh twist in a multiyear saga over the future of Autostrade per l’Italia (ASPI), Italy’s main toll road operator. Atlantia has been under pressure to relinquish control following the lethal collapse of the Morandi bridge in Genoa in 2018.

ACS, run by one of Spain’s richest men Florentino Pérez, is hoping to add ASPI to its network of global toll roads, which it runs through holdings in Abertis, a company it part owns with Atlantia.

“Given the close relationship between our groups following the successful joint acquisition of Abertis, ACS has been following the ASPI situation during the last months and we believe ASPI is a very interesting asset that perfectly fits ACS’s long-term strategy,” Pérez wrote in the letter.

He said ACS was valuing ASPI at between €9bn and €10bn, based on an analysis of public information.

Pérez, who is also president of Real Madrid, added that ACS would be willing to accommodate other investors in the offer, including Cassa Depositi e Prestiti, the Italian state fund that has been working with a consortium of investors including Blackstone and Macquarie on a rival deal.

Atlantia’s board is meeting today to discuss the proposal received last week by the funds led by CDP, which valued ASPI at about €9bn. Atlantia owns an 88 per cent stake in ASPI.

Atlantia declined to comment on ACS’ interest. One person close to the talks said the letter would be discussed today but it was “premature to make any further assessment on it”.

Chris Hohn, the London-based hedge fund manager whose firm TCI has a 10 per cent economic interest in Atlantia, told the FT that he welcomed the interest from ACS.

He expected Atlantia’s board “to engage promptly and professionally to explore the opportunity of a combination of Abertis and ASPI.”

Hohn added: “ACS-Abertis seem prepared to offer a higher price than CDP for Aspi and are clearly a superior industrial partner than Blackstone and Macquarie. ASPI should be allowed to be sold to the highest bidder without interference from the Italian government.”

Italy’s new government, led by Mario Draghi, has so far taken a less interventionist stance than its predecessor on the sale of ASPI.

Enrico Giovannini, transport minister, told Italian media last month he hoped the matter would soon be solved to allow the company to focus on maintenance and infrastructure investments.

Italy’s former government, led by Giuseppe Conte, threatened to strip Atlantia of concessions to operate the toll roads as a way to punish the billionaire Benetton family, which has a controlling stake in Atlantia, for the Genoa bridge collapse. The current agreement to run the motorways ends in 2038.

Italy would have to pay Atlantia more than €20bn in compensation if it terminates the contract before its expiry date.

Last summer, Atlantia and the government agreed to negotiate a sale of the stake to a group of investors led by CDP.

The approach from ACS comes just days after the Spanish group agreed to sell its energy business to France’s Vinci for €4.9bn.