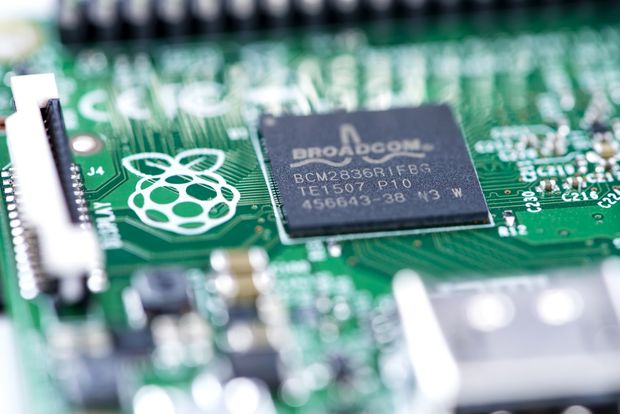 Chip stocks are having something of a moment. The world’s economy wants many more chips than companies can manufacture, for use in everything from cars to data centers and videogame consoles.

Too many buyers and not enough chips is a good problem to have.

Outsize growth, however, has led to high valuations. Nvidia stock (ticker: NVDA) trades at more than 50 times the earnings expected for the coming year, while Intel ‘s (INTC) rival Advanced Micro Devices (AMD) is at 46 times forward earnings. The Sox trades at an estimated 26.8 times aggregate forward earnings, but roughly half of the companies in the index are well above that figure.

Barron’s screened the chip index for companies that are trading below 20 times forward earnings and excluded the rest, as a way to find stocks that still have room to benefit from the semiconductor shortage. As always, screens are a good place to start research, and not a recommendation to buy a particular name or basket of names.

For those watching the semiconductor sector closely, Intel’s rank as the cheapest stock in the index will come as no surprise. The company has had issues with its current high-end manufacturing, and been forced to delay a leap to a new generation of manufacturing, which contributed to a loss of confidence in the stock.

Since Barron’s argued Intel was ripe for a turnaround in November, activist hedge fund Third Point has taken a stake in the company, and signaled its intent to pressure the board into making a number of changes. Intel replaced former CEO Bob Swan with current CEO Pat Gelsinger on Feb. 15, a move widely seen as positive. Shares have risen nearly 40% since our article.

Apple supplier Qorvo (QRVO) is the second-cheapest stock by forward earnings in the screen. The company makes radio-frequency chips that are used by Apple (AAPL) and other smartphone makers, and is benefiting from the rollout of 5G hardware, and a new Wi-Fi standard. Another Apple supplier, Skyworks Solutions, also made it. The company surprised investors when it reported earnings last month, signaling its Apple sales amounted to 70% of quarterly revenue.

Qorvo reported solid fiscal third-quarter results earlier this month. Raymond James analyst Chris Caso wrote in a report after the earnings that his team still sees upside in the stock, as more people buy 5G phones. The growth of handset sales could speed up as supply constraints ease, he wrote.

The screen includes two other smartphone-chip giants: Qualcomm (QCOM) and Broadcom (AVGO). Qualcomm was discussed last year as part of a pairs trade by Citi Research analyst Christopher Danely—with Qualcomm on the long side, and Intel as the short—but the company failed to impress investors when it reported results earlier in February.

Qualcomm pointed out on a call to discuss its results that various chips for 5G handsets were one of the drivers of the company’s growth—a sign that it too has benefited from the rollout of the next generation of phones. It’s worth noting that Broadcom’s business includes a sizable enterprise software unit, a rarity in the semiconductor sector.

The most expensive company, the Holland-based NXP Semiconductor (NXPI), is dealing with something of a good problem as a supplier of chips for cars. After a slump in auto sales early in the Covid-19 pandemic, consumers have returned to buying vehicles with fervor, surprising auto makers who had let chip inventory levels run nearly dry. That has resulted in especially strong demand across its automotive products, among other segments, which it expects to continue through 2021.

Write to Max A. Cherney at max.cherney@barrons.com